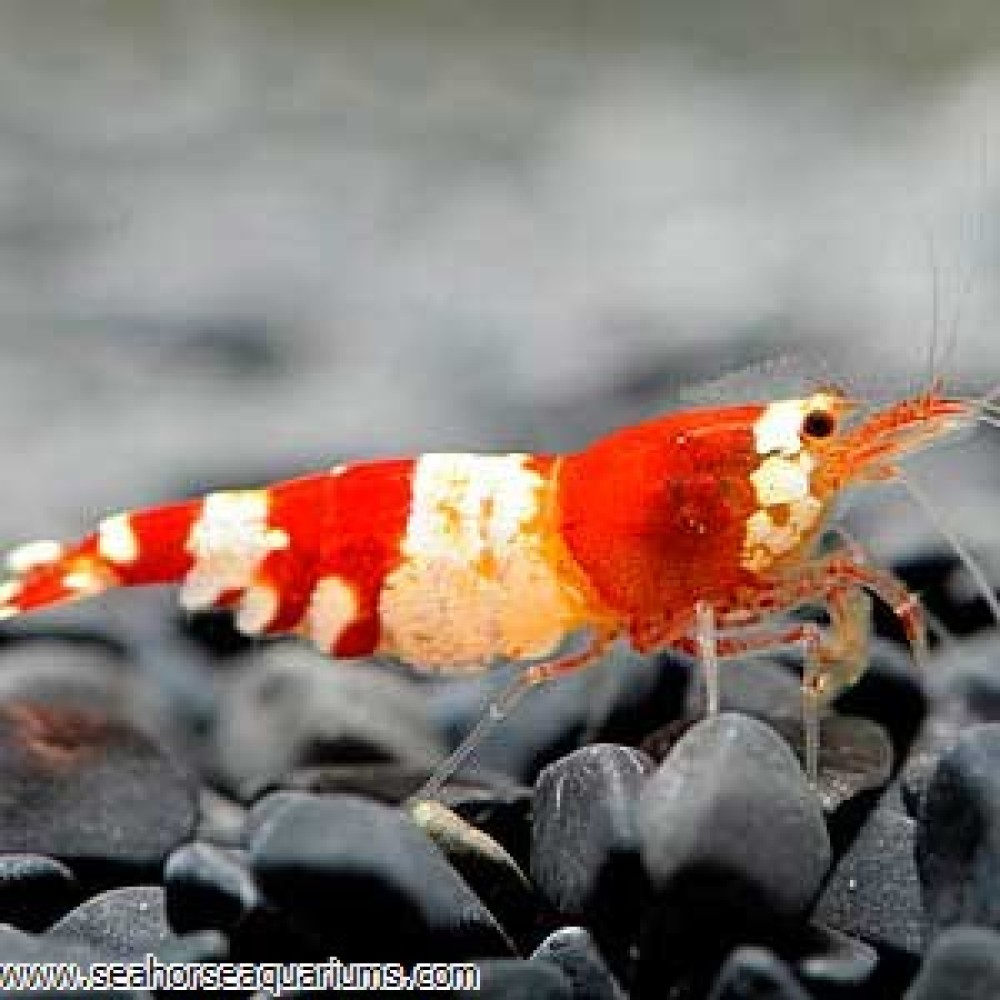 The Crystal Red Shrimp prefers soft acidic water. Clean water is also a must as with all shrimp in the hobby. However, the Crystal Red Shrimp may be the most vulnerable shrimp when housed in dirty water. Water changes are a must for this species. Temperature should be lower than 80F and the pH should range from 6.2 to 6.8, gH should be between 4-6 and kH should be between 1-2. It is very important that the Crystal Red Shrimp be housed in specific conditions. Extremes in either water parameters mentioned should be avoided. It cannot be stressed enough how delicate this shrimp is. As you approach higher grades of this species, water parameters become even more important.

Sexing the Crystal Red Shrimp can be difficult at juvenile stage. Once females reach adulthood you can then tell the difference between sexes, or at least which are females. Females are easy to identify as they are larger and also have a curved underbelly. I do not believe that the difference in coloration is enough to truly sex this species. Instead look for size difference and more importantly the underbelly. The saddle of a female Crystal Red Shrimp may be virtually impossible to see due to the red coloration. You may however be able to see the saddle since it is a browning color. Photo of a pregnant Crystal Red Shrimp female below. Notice the curved under belly.

The Crystal Red Shrimp is not as difficult of a species to breed like some believe. Like all hobby shrimp, the Crystal Red Shrimp can breed just as readily as most other Caridina species. It will also produce just as many offspring given that the water is clean and the parameters are suited for this species.

The babies of the Crystal Red Shrimp are colored just like their parents just after hatching. However, the grading of the offspring cannot be performed until they grow more. You will see the red/white coloration in the Crystal Red Shrimp Offspring but not any detailed features/patterns which can differentiate between grades.

The Crystal Red Shrimp is not too different from other algae eating shrimps. It is a scavenger and an algae eater. Feeding is best done once a day. Only feed an amount of food that the shrimp can finish within 2-3 hours maximum. It is not good to feed in excess and have food sitting for too long. Overfeeding is a known cause of death and can also cause water quality issues. Remember that shrimp are scavengers in the wild. They will eat whatever they find and are not used to a constant food source 24/7. Not feeding for one or two days is fine and will not harm this species at all. Sometimes I will not feed for a couple of days in order to let the shrimp cleanse their systems and keep the water clean at the same time.

Hobbyists like to keep this species' sufficient in iodine and nutrition, but at the same time do not to spoil the water since Crystal Red Shrimp are sensitive to nitrate. The foods commonly used are pre-made Crystal Red Shrimp food, spinach, bloodworm, seaweed, and algae wafer. There are several different brands of Crystal Red Shrimp food as well as different sizes of the food and even powder food for young. Shirakura, Mosura, and Biomax are some of the more popular brands. There are also breeders that mix their own food using many different ingredients. 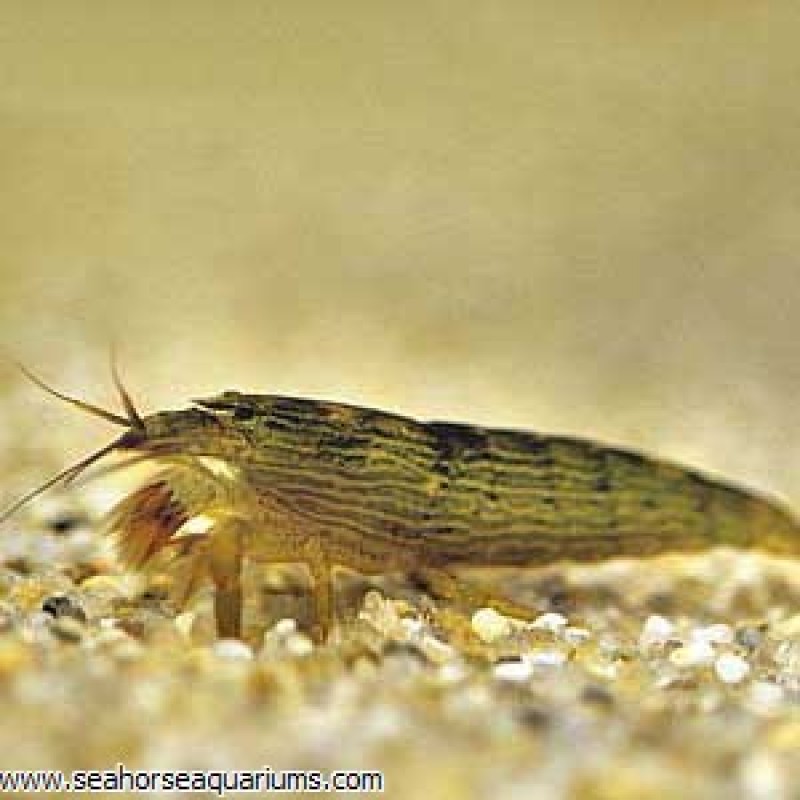 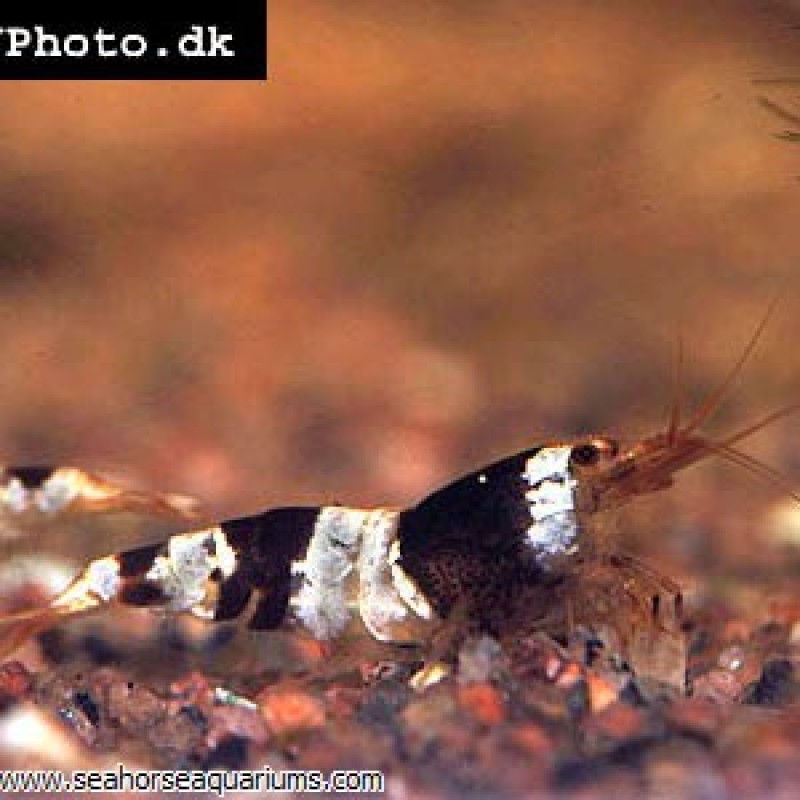 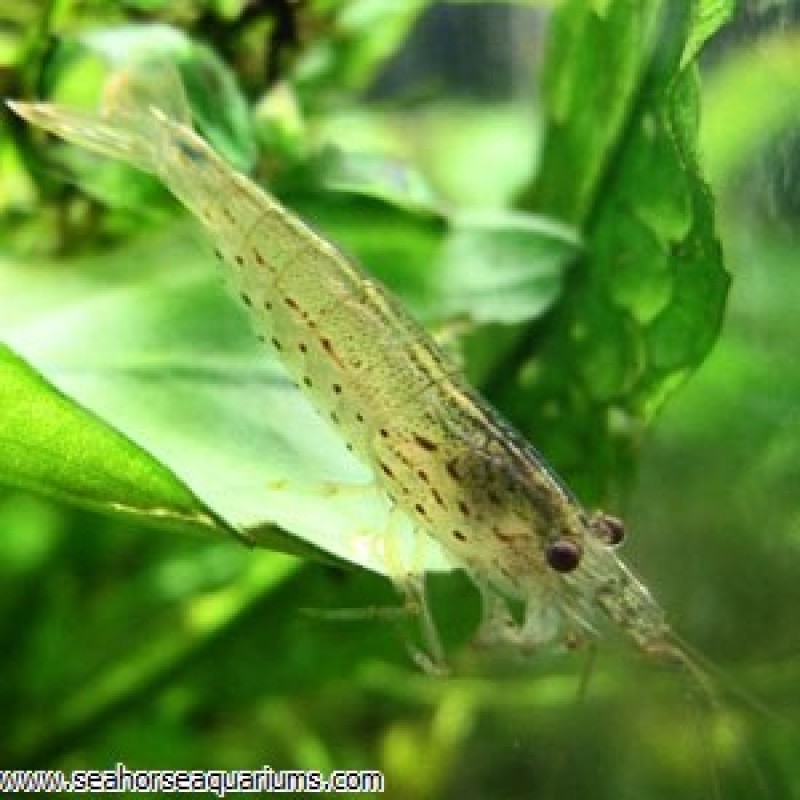 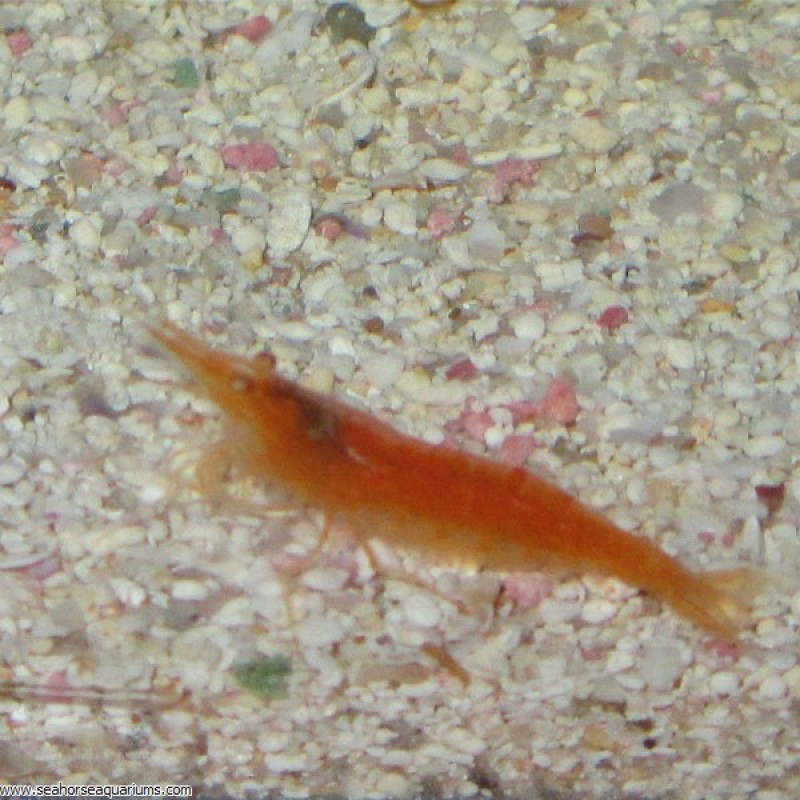 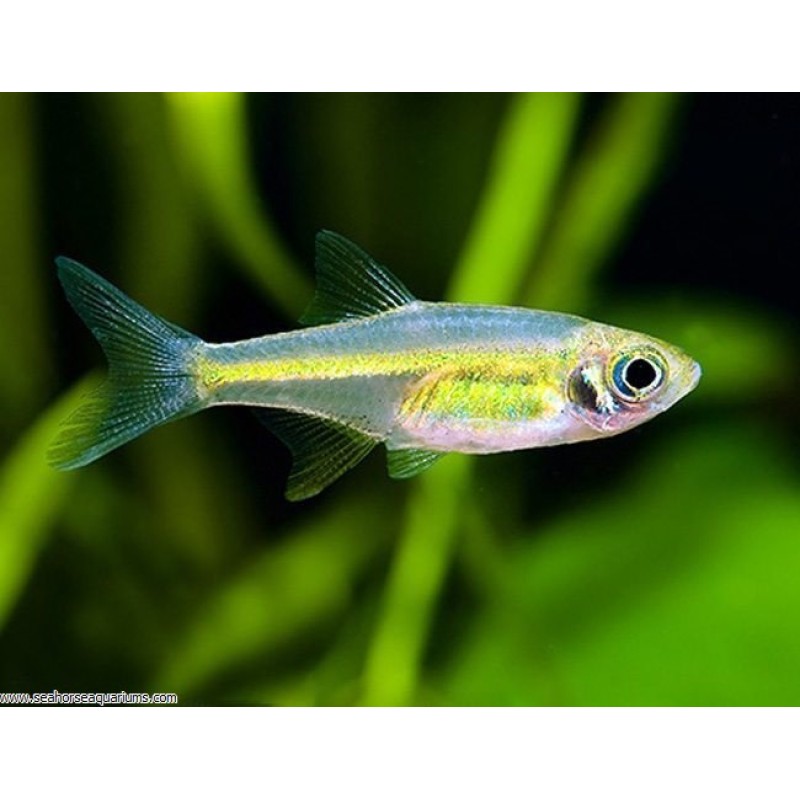 Kubotai Rasbora
Kubotai Rasboras are perfect for aquarists looking to add a pop of color to their tanks. Their bodies are mostly a sparkling neon green color that is..
€3.99
Ex Tax:€3.24
Add to Cart
Buy Now Question
Quickview 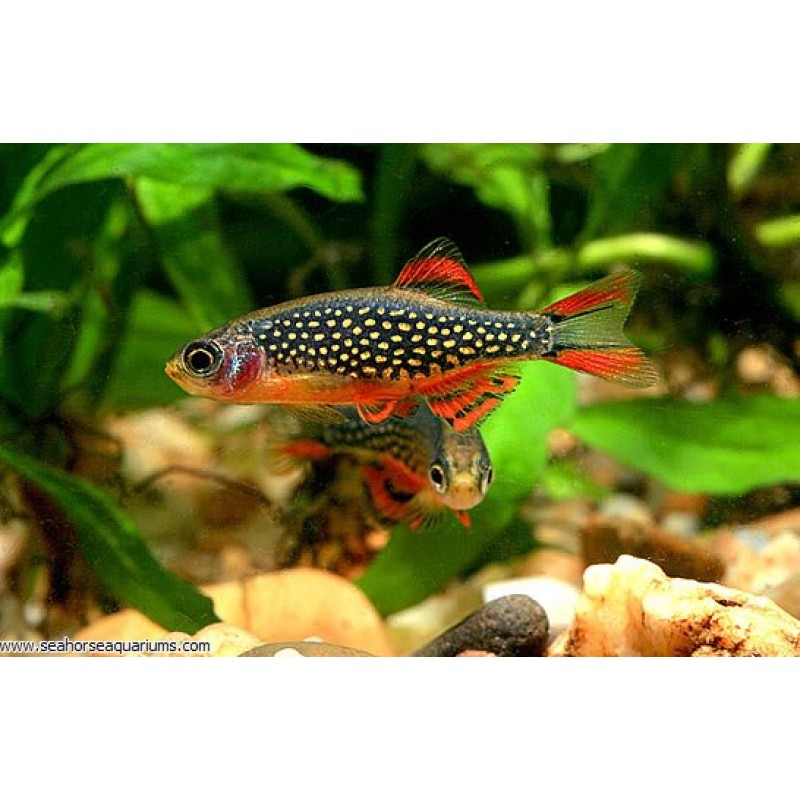 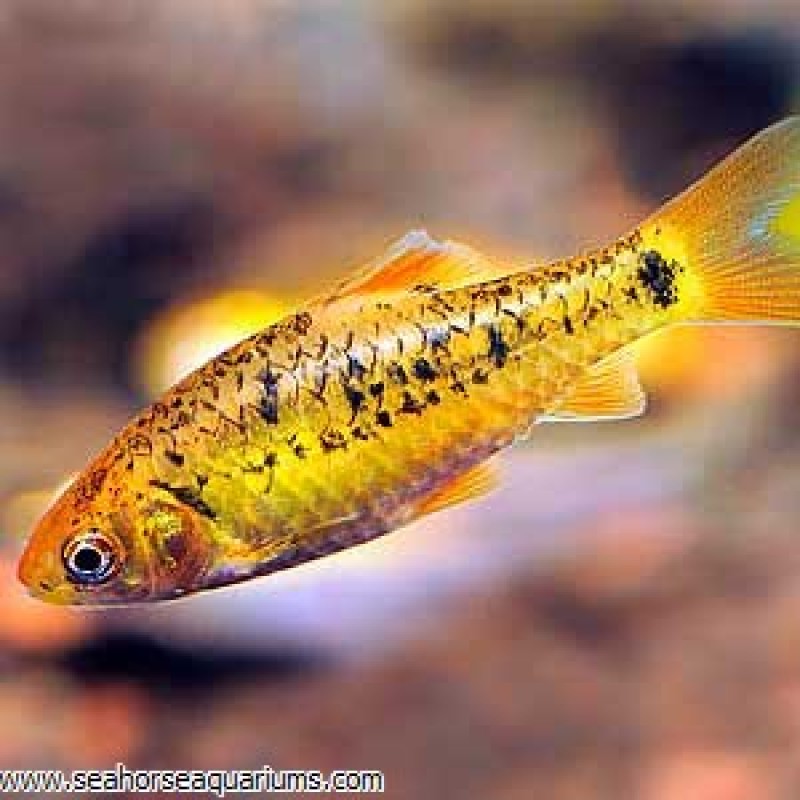 Gold Barb
The dazzling Gold Barb has been a treasured member of community aquariums for decades. The Gold Barb has a mostly gold-coloured body with small, dark ..
€2.99
Ex Tax:€2.43
Add to Cart
Buy Now Question
Quickview 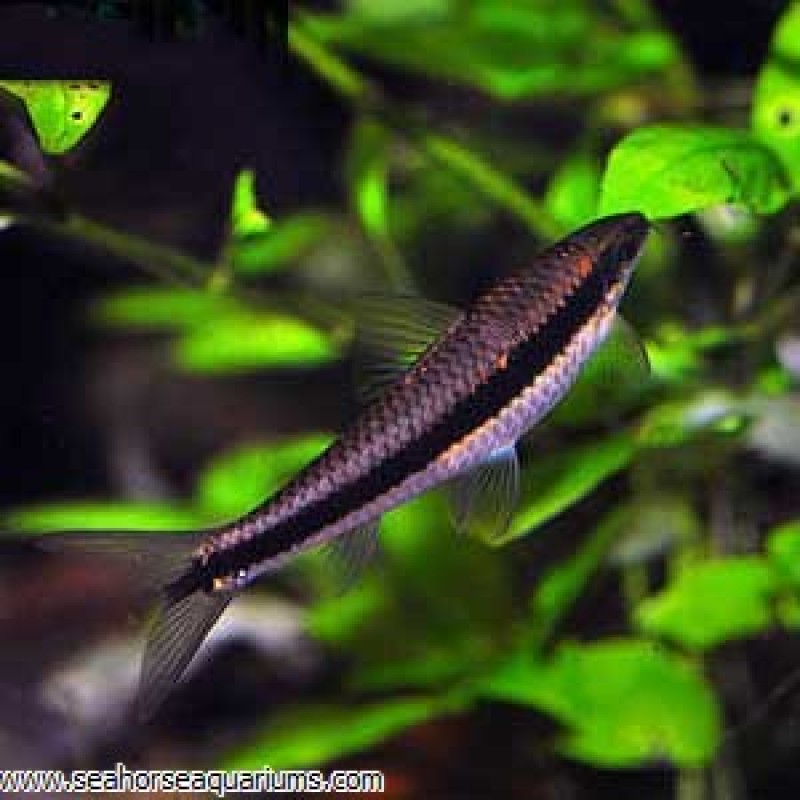 Siamese Algae Eater
The Siamese Algae Eater is a great fish for the community aquarium. It prefers a planted aquarium with many broad-leaved plants on which it can rest o..
€5.99
Ex Tax:€4.87
Add to Cart
Buy Now Question