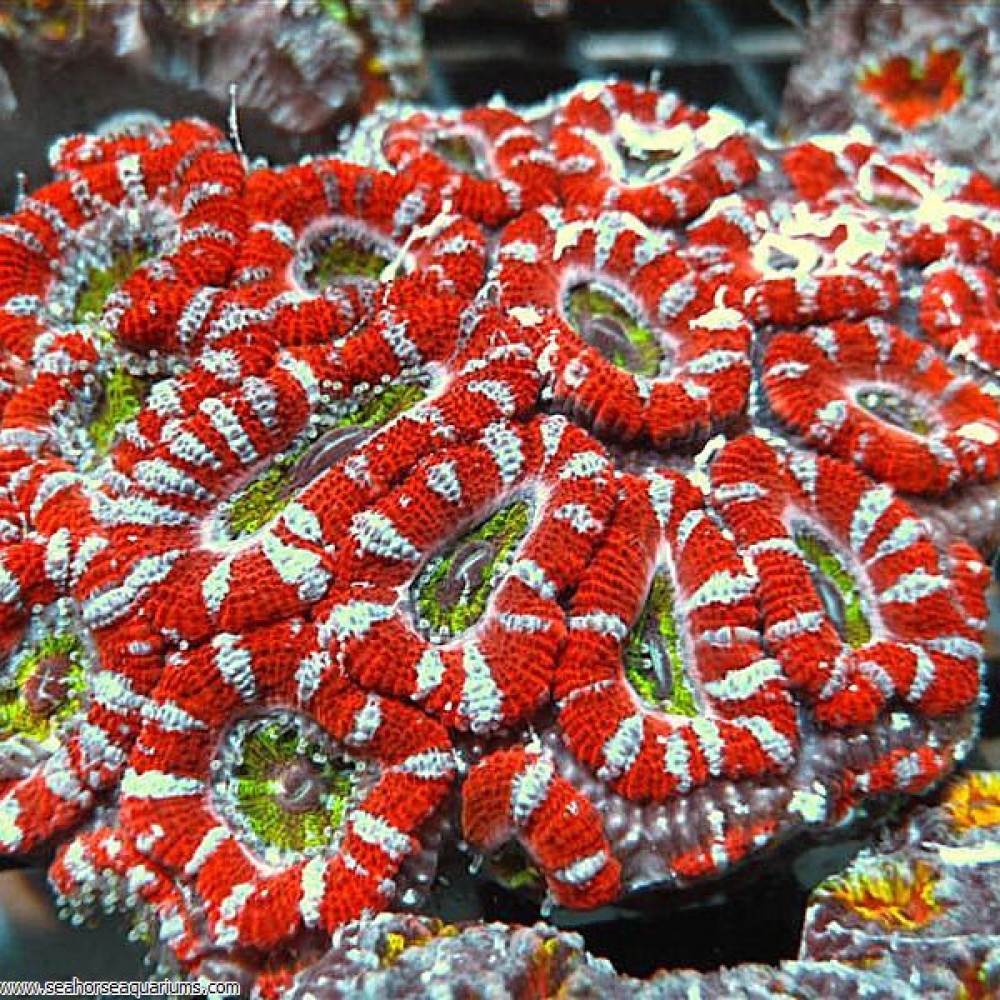 “Acans” or Acanthastrea lordhowensis corals are highly desirable stony corals that boast many different stimulating color combinations that will excite the senses. While the addition of these beautiful Acan lord corals injects spectacular colors and textures to the reef aquarium, it is also known to elicit severe coral-envy among fellow hobbyists.

Acan's come in all types of grades adn the more colours the higher the grading. lord Corals boast sultry specimens sporting reds, maroon’s and oranges that make a great addition for any stony coral enthusiast. Grade B Lordhowensis corals range in a variety of color combinations consisting primarily of different shades of colours.

Acanthastrea generally have large corallites (8-15mm) with small teeth or lobes on their septa, as well as well-developed columellae. In the wild, they're found mostly in shallow, turbid water habitats to about 20m, often in protected areas like lagoons, forming colonies up to several meters across.

In the reef aquarium, Acanthastrea are incredibly hardy and fast growing, tolerating a wide variety of conditions, including both low and moderate lighting and moderate water currents. Though tolerant of a wide range of aquarium conditions, the robust Lordhowensis will thrive in established reef aquariums with stable conditions.

Be aware that Acanthastrea are voracious nocturnal predators and competitively extrude mesenterial filaments and digest organisms within reach. Great care must be taken in determining the placement and distance between Lordhowensis colonies and other species of stony corals. Target feed minced mysis shrimp, enriched brine shrimp and smaller pieces of other meaty marine foods for best growth. The use of a quality protein skimmer helps maintain water quality and combat the effects of heavy feeding. 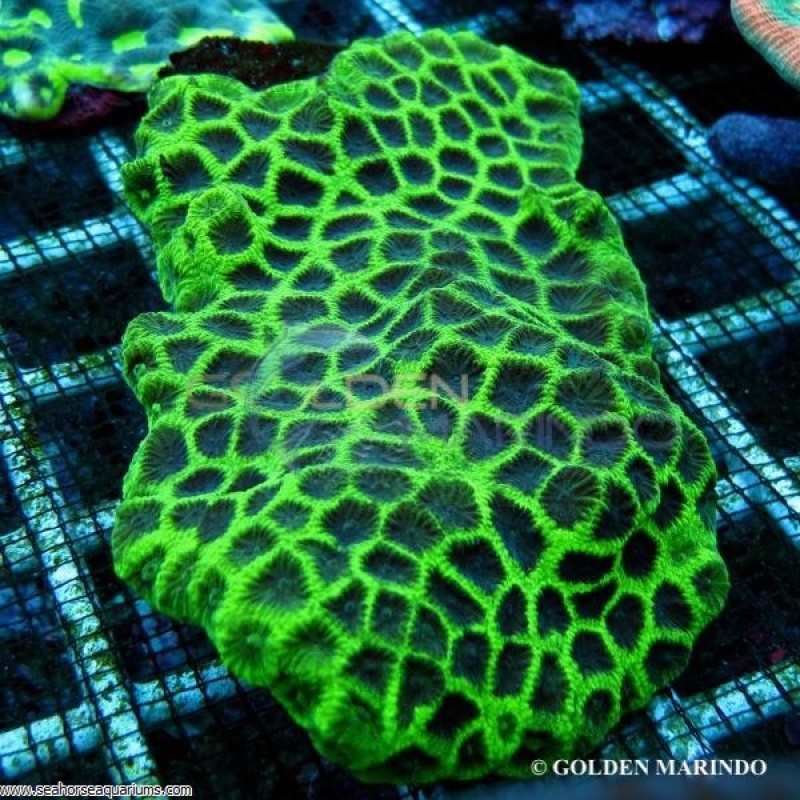 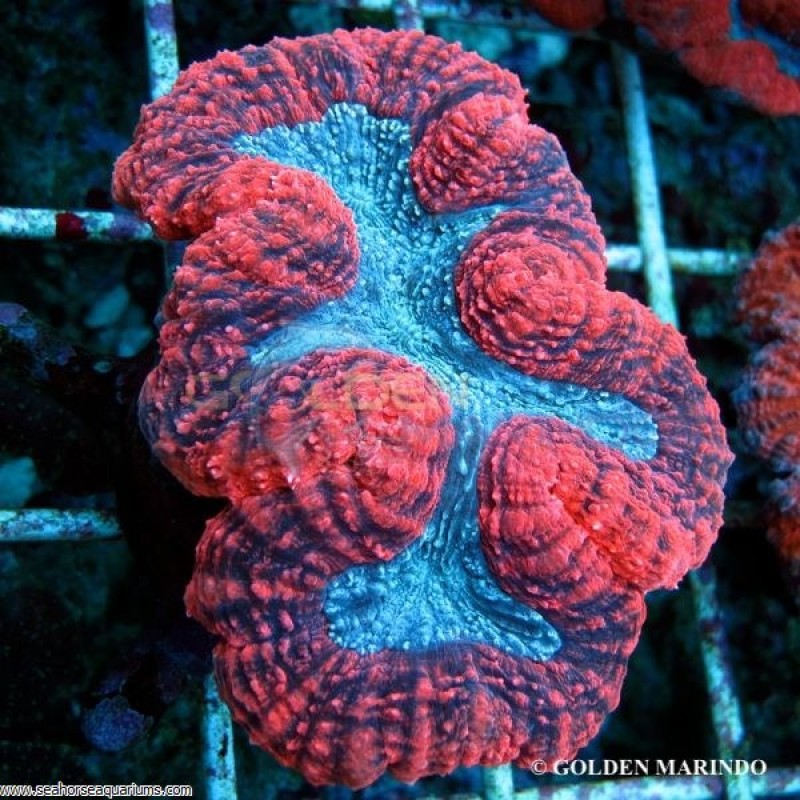 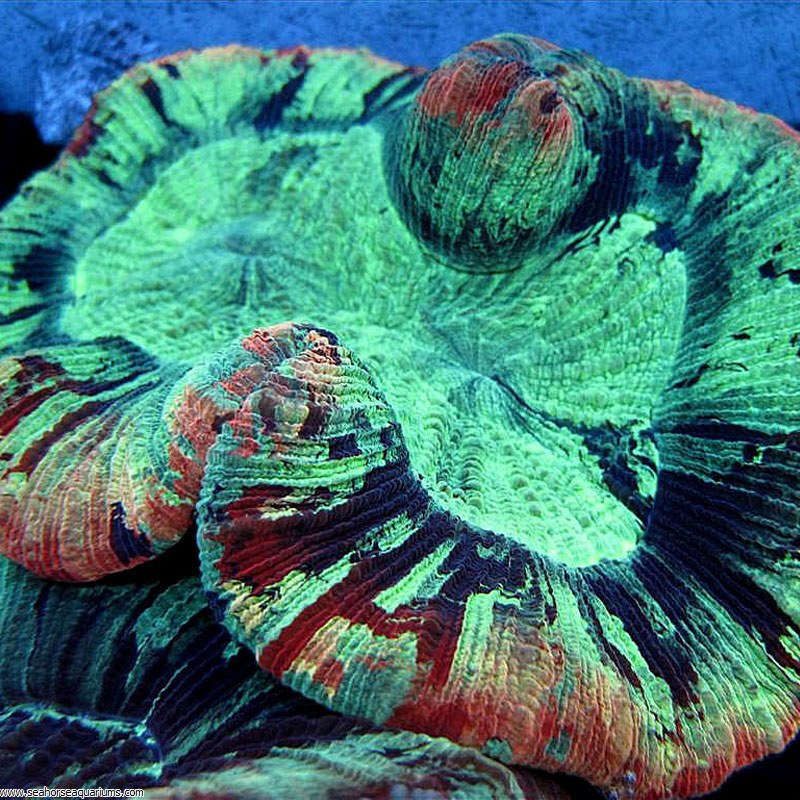 Brain Coral, Trachyphyllia
The Trachyphyllia Brain Coral is also referred to as a Folded Brain, or Crater Coral and is a large polyp stony (LPS) coral. It may have a flattened, ..
From €65.00
Ex Tax:€52.85
Add to Cart
Buy Now Question