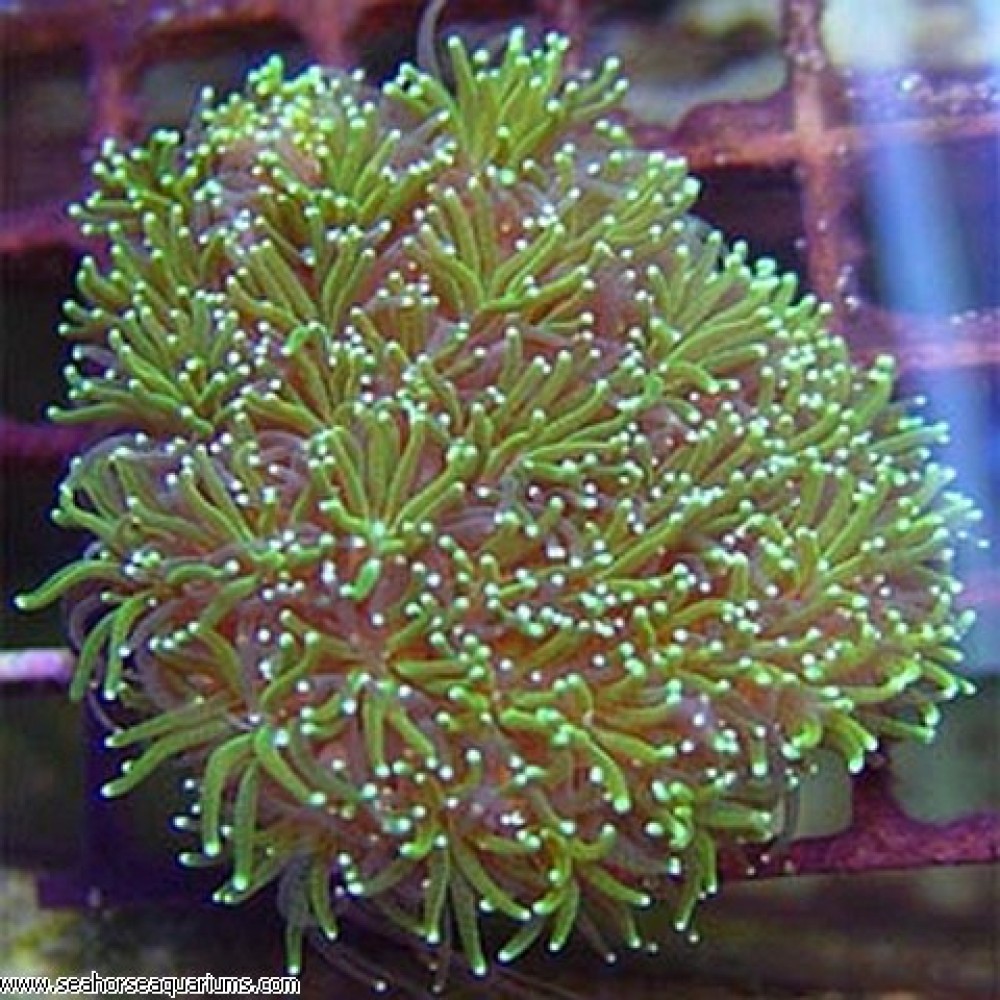 The Galaxea Coral is a large polyp stony (LPS) coral and often referred to as the Tooth, Star, Crystal, Starburst, Brittle, or Galaxy Coral.
Its genus name, Galaxea, is derived from the Greek word galaxaios (milky), describing the polyps milky-white tips. While bright green is the most common, some species can be found in a variety of colors.

It is an aggressive coral in the reef aquarium, and therefore, needs adequate space between itself and other corals. Its polyps can extend up to 10 cm at night and will sting and cause damage to other species of corals that it can reach.

The Tooth Coral requires strong lighting combined with moderate water movement within the aquarium. For continued good health, it will also require the addition of calcium, strontium, and other trace elements to the water.

It requires additional food in the form of micro-plankton or brine shrimp twice a week.