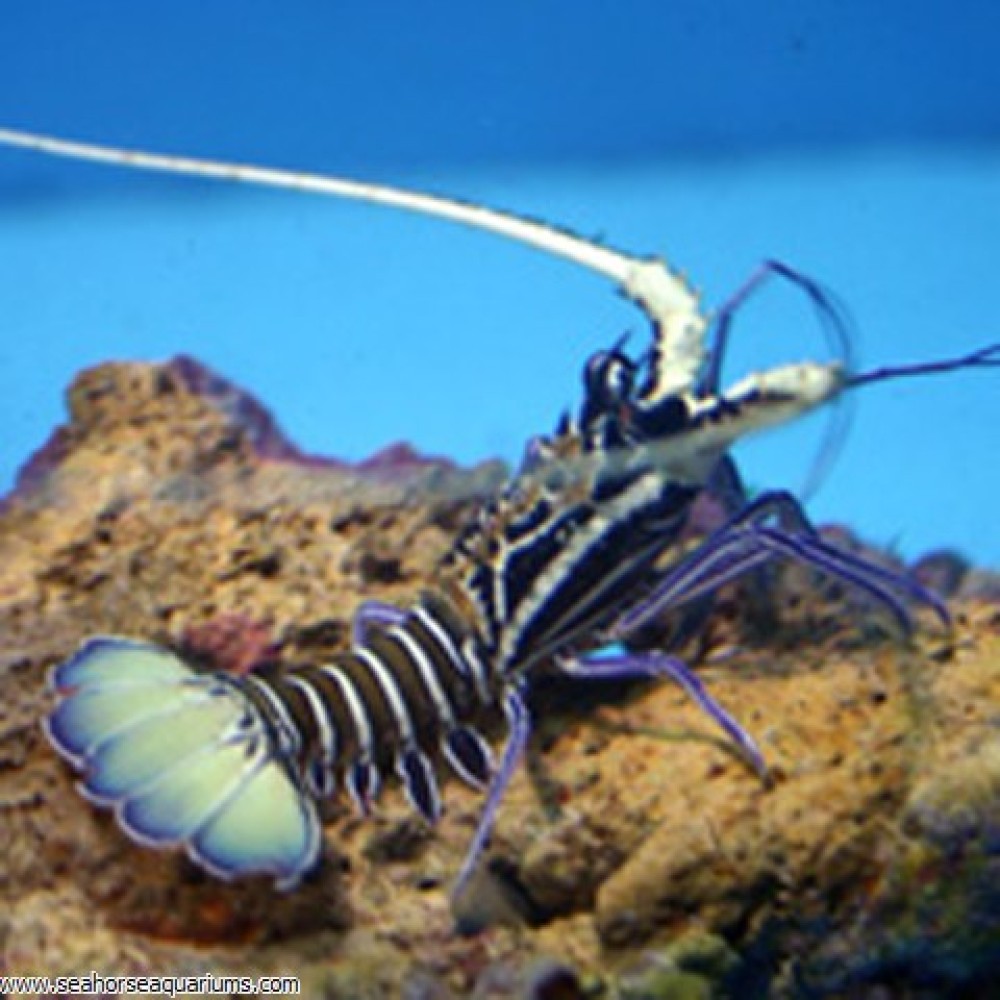 Panulirus vesicolor is known by many names using a combination of the adjectives, "blue", "spiny", and"painted"; for instance, Painted Spiny Lobster or Spiny Blue Lobster. The Blue Spiny Lobster or Painted Crayfish, has distinctive markings of azure blue stripes on its legs. The carapace is greenish-blue, and the dorsal surface is darker blue with a reticulated pattern. The tail fin is also blue. The abdominal segments have white bands and the antennae is very long. It lacks the large claws found on most other lobsters.

It is peaceful and multiple specimens may be kept in a large tank. It generally will not bother other inhabitants of the aquarium, except for sessile or other bottom dwelling animals. Live rock with multiple crevices and hiding places would provide a good environment. It may be shy when first introduced, but once acclimated, will be more visible.

It is capable of making a sound that is very similar to a cicada (locust). It may perform a dance-like maneuver, whipping its long, split white antennae as it moves about the tank.

It will eat most all types of meaty foods that are placed in the aquarium. It is sensitive to high levels of copper-based medications. It is extremely difficult to breed in an aquarium. 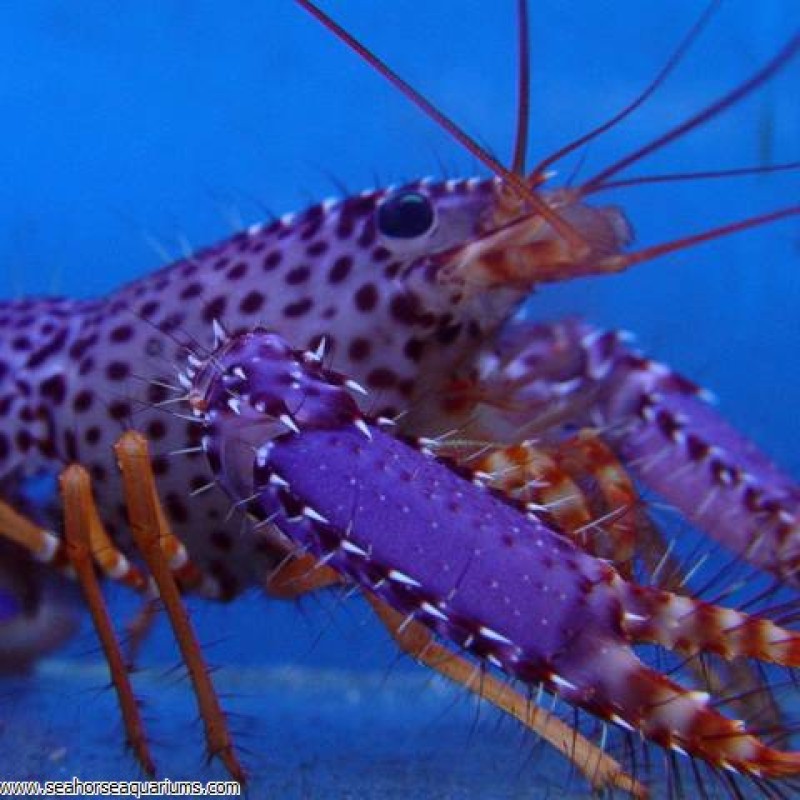