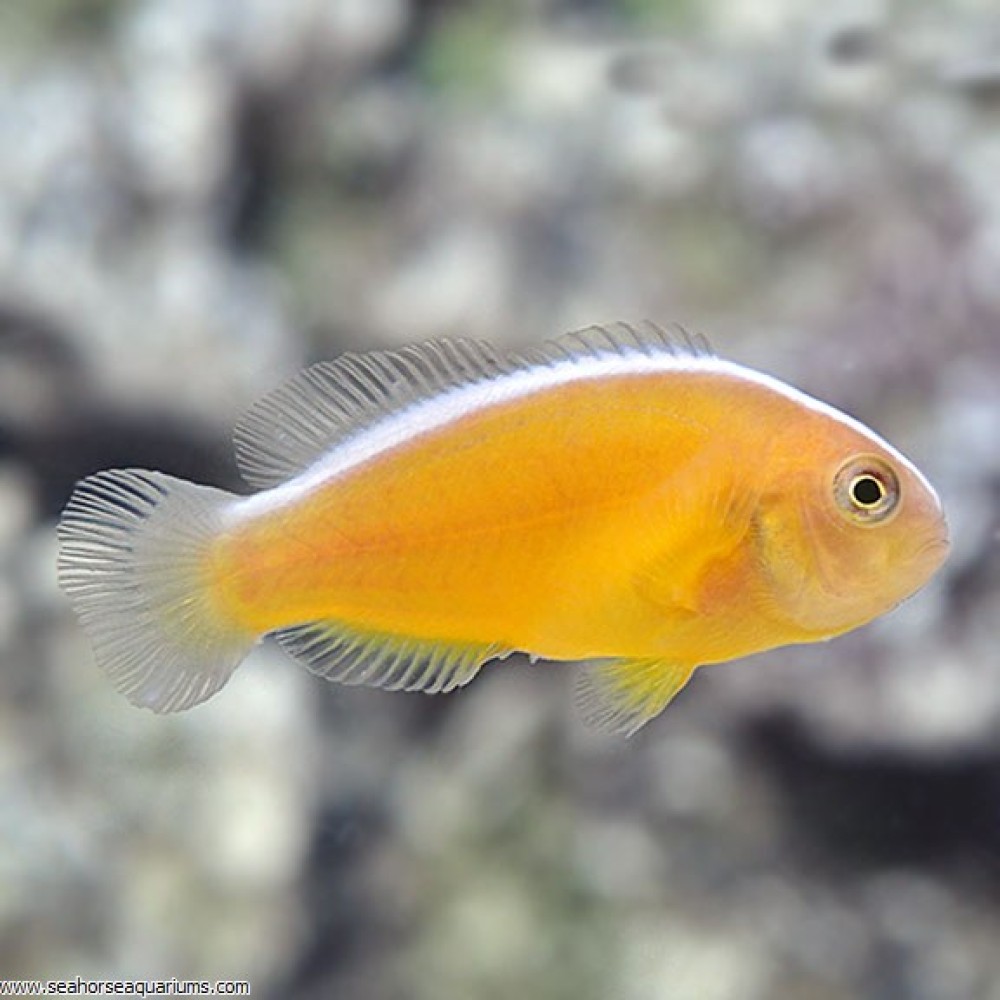 The Orange Skunk Clownfish, also known as the Skunk-striped Anemonefish, is pale orange with one white stripe behind the head that runs down the entire length of the back. Unlike A. perideraion, the Orange Skunk Clownfish and the similar Amphiprion akallopisos species has no vertical white headband present; has a somewhat bold white stripe that runs from the snout upwards between the eyes, continuing along both sides of the dorsal fin, ending at the upper part of the tail fin.

The Orange Skunk Clownfish are very hardy and durable fish making them a perfect addition for the novice or seasoned aquarist. If introduced to the aquarium at the same time, many varieties of tank raised clowns can be maintained together in the aquarium.

The Orange Skunk Clownfish are semi-aggressive towards conspecifics and may be intimidated by boisterous tank mates. They form shoals in the home aquarium with the two dominant fish becoming a pair. The largest Clown is typically the terminal female, the next largest the male, and the others remain juveniles.

The Orange Skunk Clownfish does well if kept in pairs with a host anemone. Large females can be rather aggressive towards closely related, as well as similar species. These fishes are unusuall for wild as specimens are found to be prone to Brooklynellosis, or what is referred to as Clownfish Disease.

Breeding: The Orange Skunk Clownfish can breed in an aquarium with or without an anemone host.

A 75 Litre or larger aquarium with many hiding places is desirable. An anemone host such as Stichodactyla mertensii or Heteractis crispa is preferred, but not required as these fishes may adapt to other anemones nearby. These are well suited for reef tank aquariums but plenty of shelter to be provided.

Feeding and Diet: The Orange Skunk Clownfish are omnivorous and diet should consist of a variety of meaty food items such as chopped shrimp and frozen herbivore preparations. 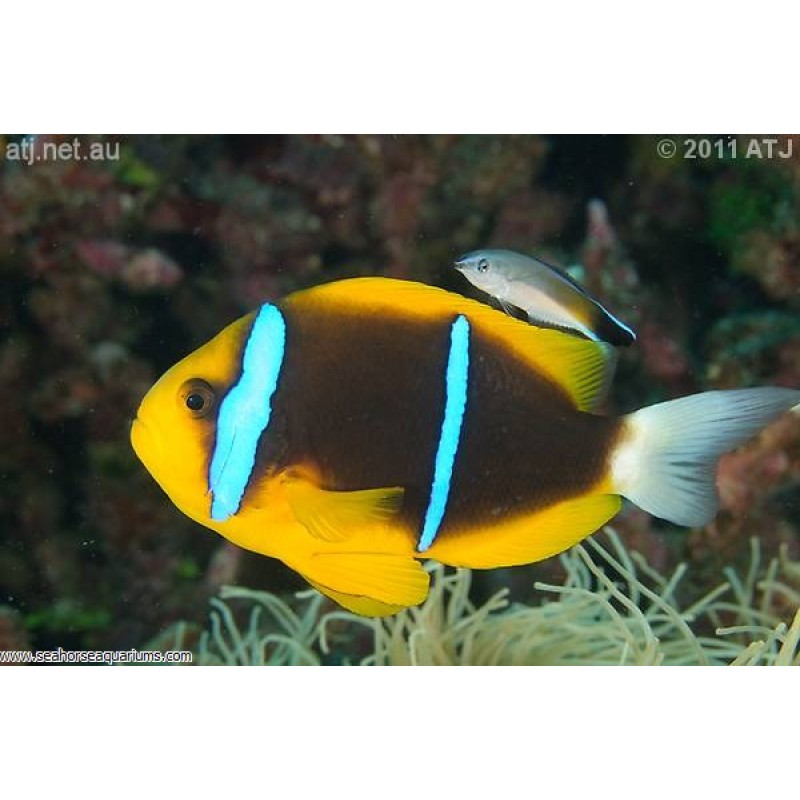 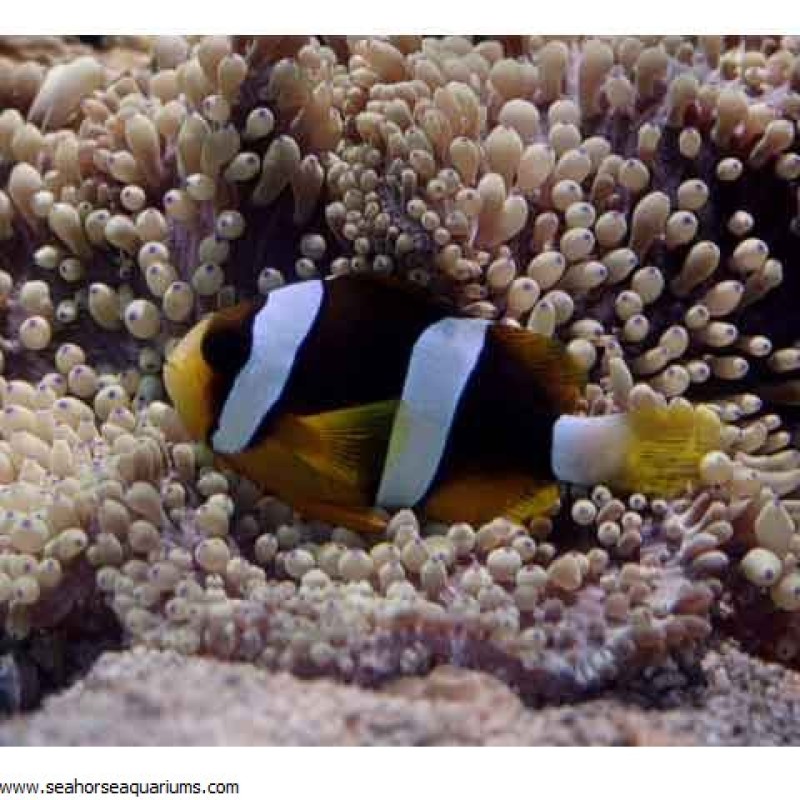 Bright Yellow Clarkii
The Clarkii Clownfish or the Yellowtail clownfish (Amphiprion clarkii) is a widely distributed clownfish. It is found in tropical waters, in lagoons a..
€35.00
Ex Tax:€28.46
Add to Cart
Buy Now Question
Quickview 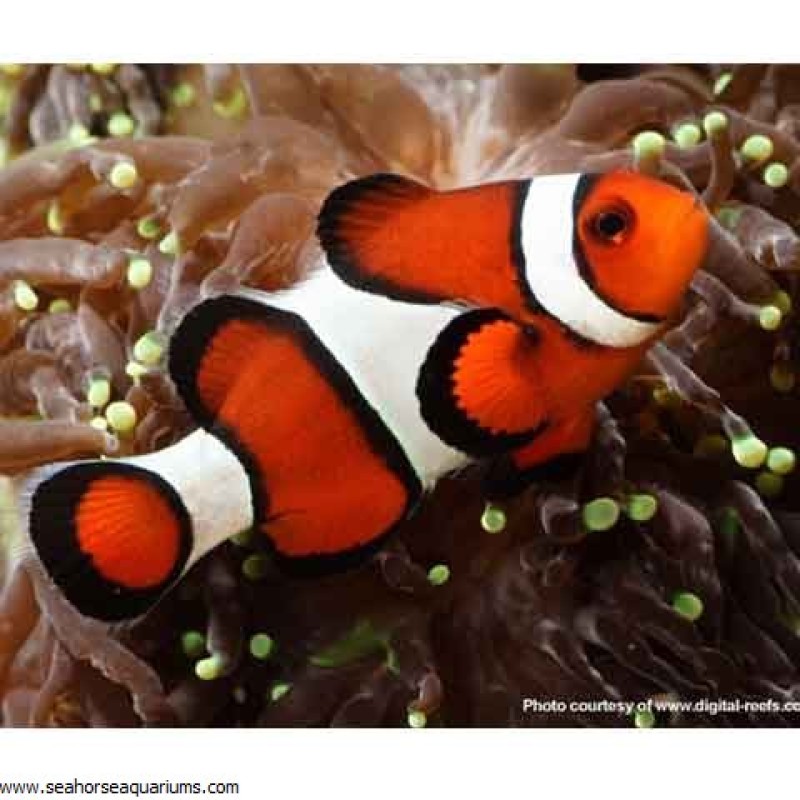 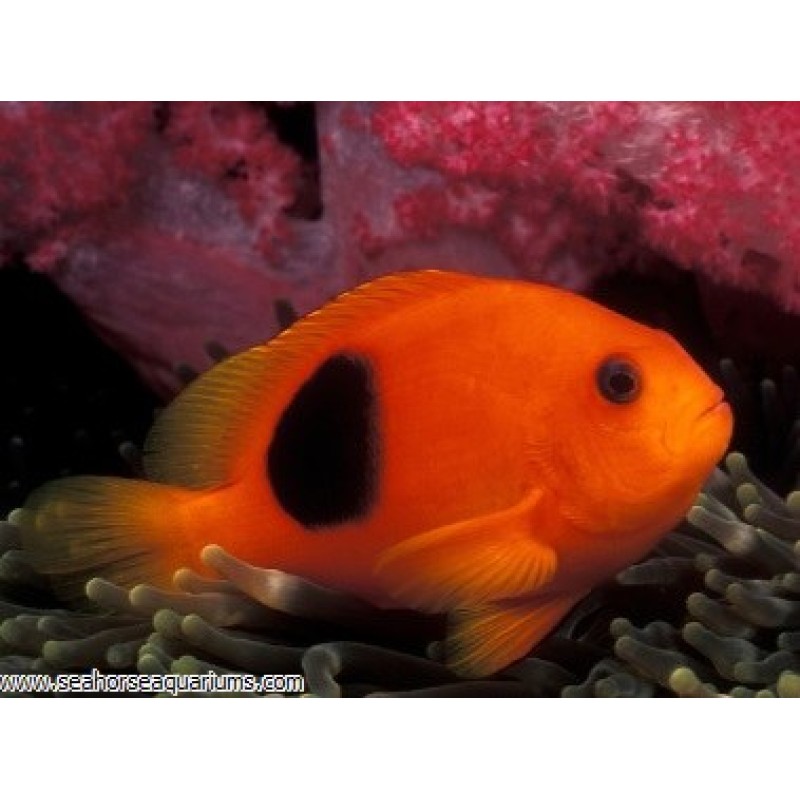 Fire Clown
The Fire Clownfish if the only Clownfish which does not have striping as an adult. In the juvenile stage, this fish has a white head band that remains..
€35.00
Ex Tax:€28.46
Add to Cart
Buy Now Question