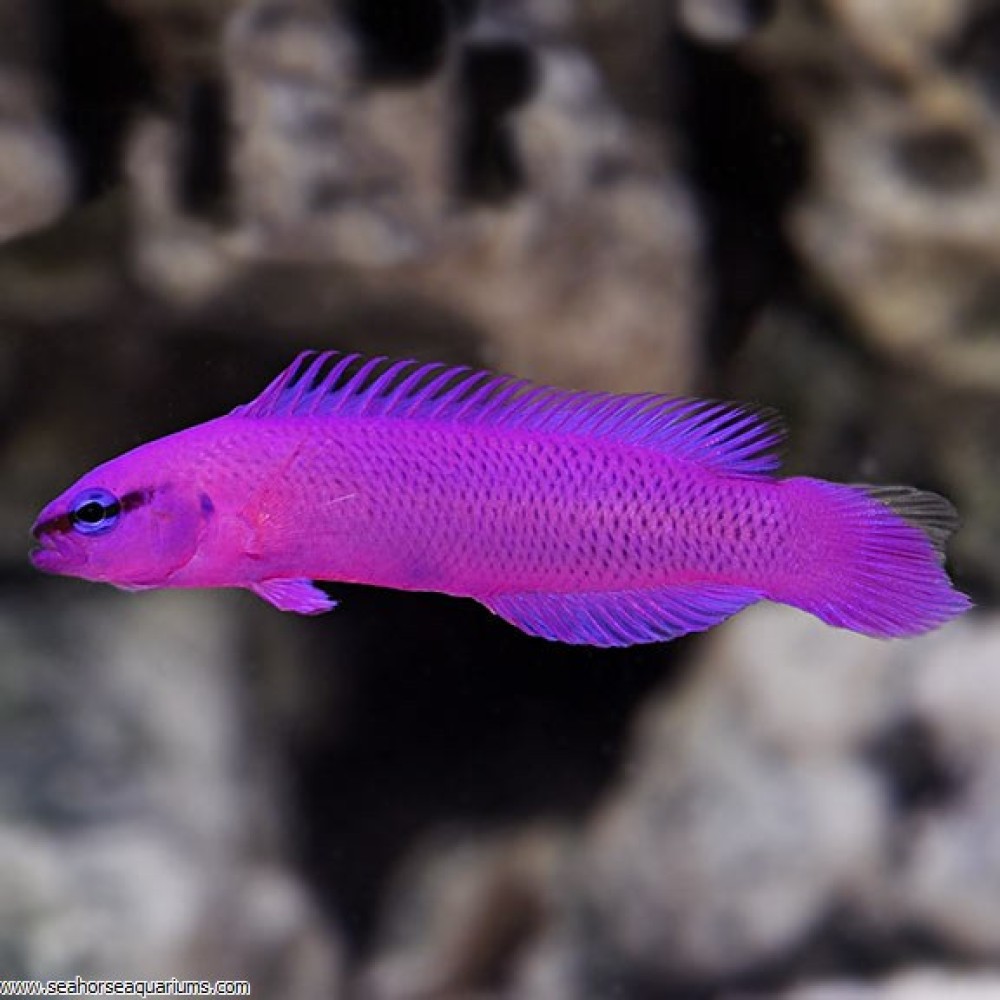 Orchid Dottyback, also known as the Fridman's Dottyback, or Fridman's Pseudochromis is an excellent addition to most reef tanks. This gorgeous lavender colored fish has a wonderful personality in the home aquarium. The Orchid Dottybacks are found only in the Red Sea. They can be found in colonies near ledges, where they can dart in and out to feed on the passing zooplankton.

A 125 litre or larger aquarium with numerous hiding places should be provided. It will tend to swim in the open after it has become acclimated to its new environment. It may occasionally chase smaller fish but will defend its hiding places from intruders. It will prey on pests such as small mantis shrimp and bristleworms, making this fish ideal for the reef aquarium. If more than one Pseudochromis will be maintained together in the aquarium, it is important to add them at the same time. 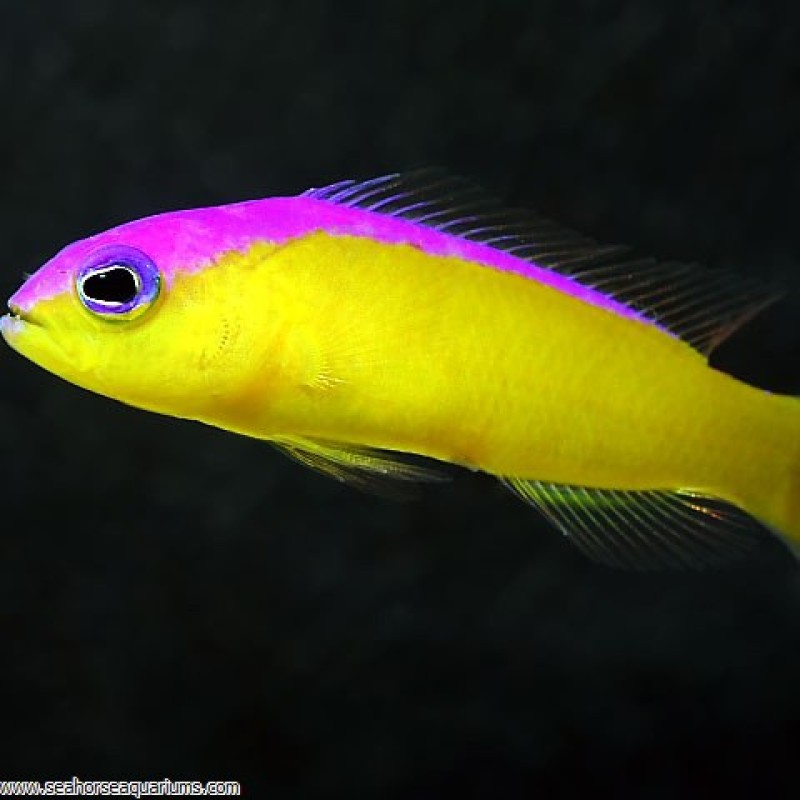 Diadema Dottyback
The Purpleback Pseudochromis, a.k.a. Skunkback Pseudochromis, is colored in bright yellow with a majenta back stretching from its mouth to the end of ..
From €35.00
Ex Tax:€28.46
Add to Cart
Buy Now Question
Quickview 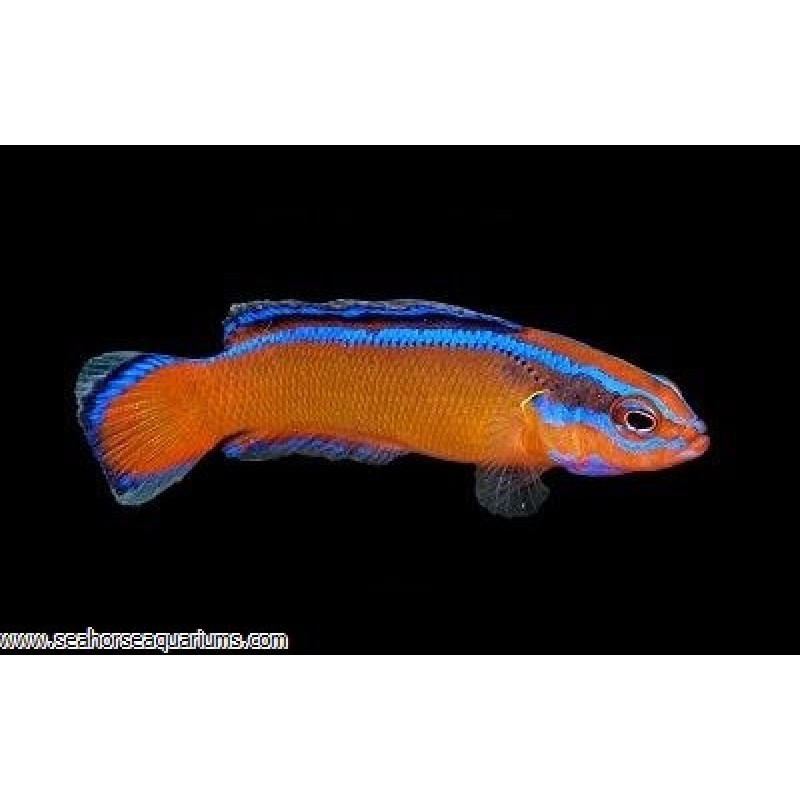 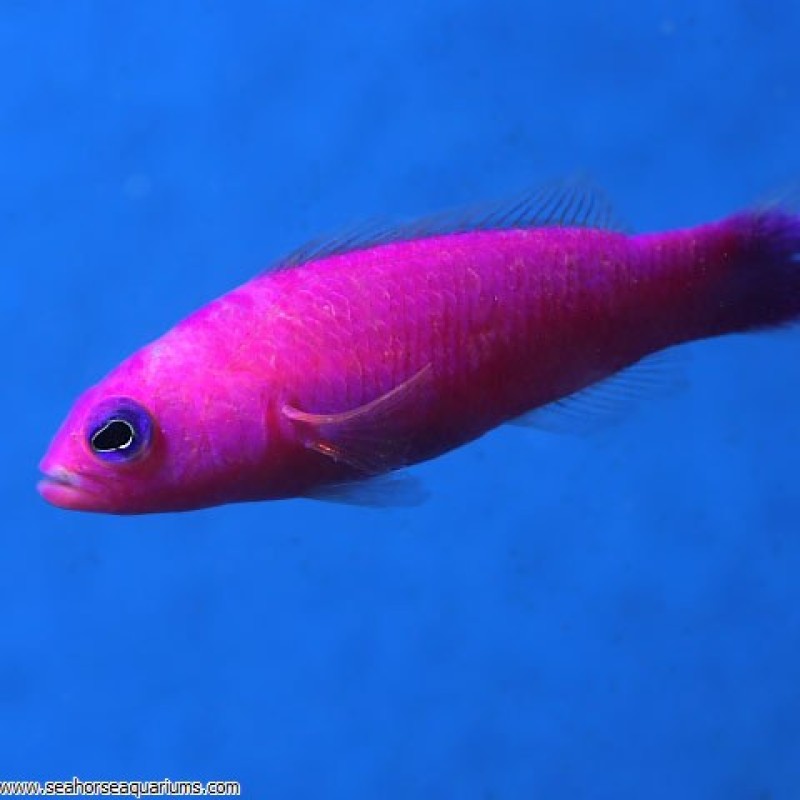 Purple dottyback
The color of the Purple Pseudochromis, also known as the Magenta Dottyback or Purple Dottyback, is best described as magenta. A 75 litre or larger aq..
From €65.00
Ex Tax:€52.85
Add to Cart
Buy Now Question
Quickview 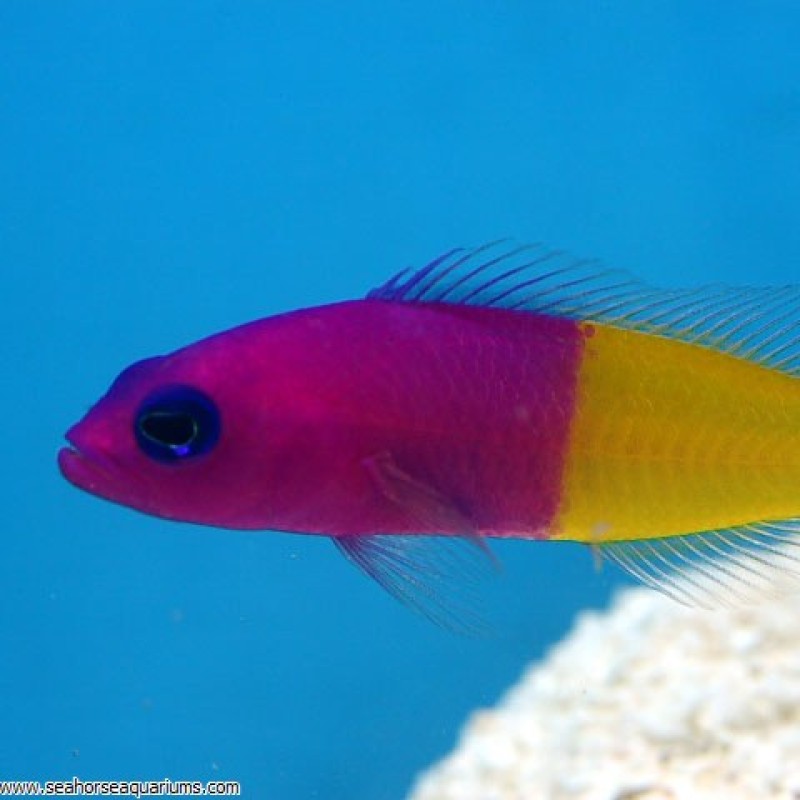 Royal Dottyback
The Royal Dotty back, also known as the bicolour dotty back, is two striking colors divided in the middle the front of the fish is a vivid purple and ..
From €35.00
Ex Tax:€28.46
Add to Cart
Buy Now Question