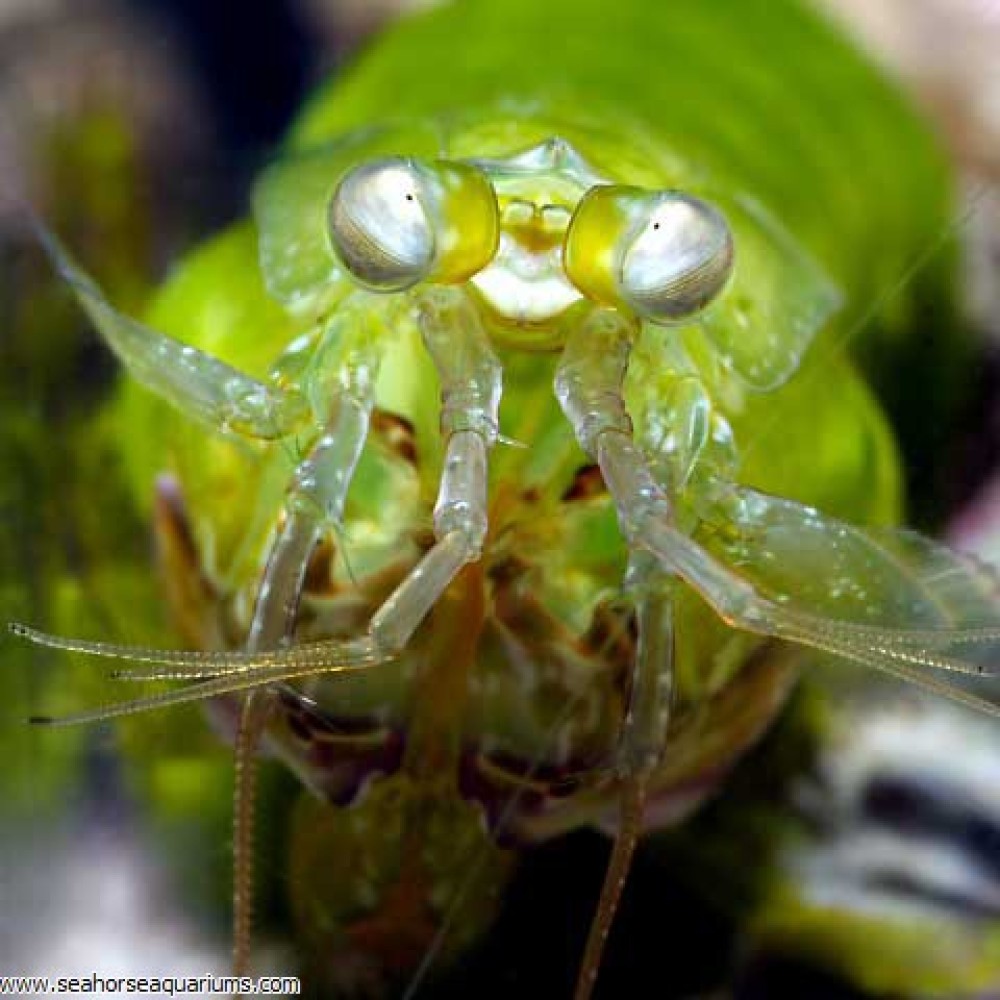 The Clown Mantis Shrimp, also referred to as the Peacock Mantis Shrimp, is included in the Smashing Mantis Shrimp group. They are very interesting shrimp that resemble the praying mantis insect. They have large colorful eyes that are either blue or green rimmed and their bodies exhibit many bright colors. The main part of the body is green with red outlines on the shell. These are extremely aggressive shrimp that should be housed alone in a species aquarium.

The Clown Mantis Shrimp should be housed in an aquarium that is devoted to this species. Only one shrimp should be kept in the aquarium. They have very quick claws that they use to break the shell of crustaceans and crabs. They should not be housed with fish or other invertebrates, unless they are very large, and caution should still be exercised. A sandy bottom with plenty of rubble and at least one piece of live rock should be provided for these shrimp to create a cave.

The diet of a Clown Mantis Shrimp should include live feeder fish, crabs and frozen meaty foods such as fish, scallop and shrimp. 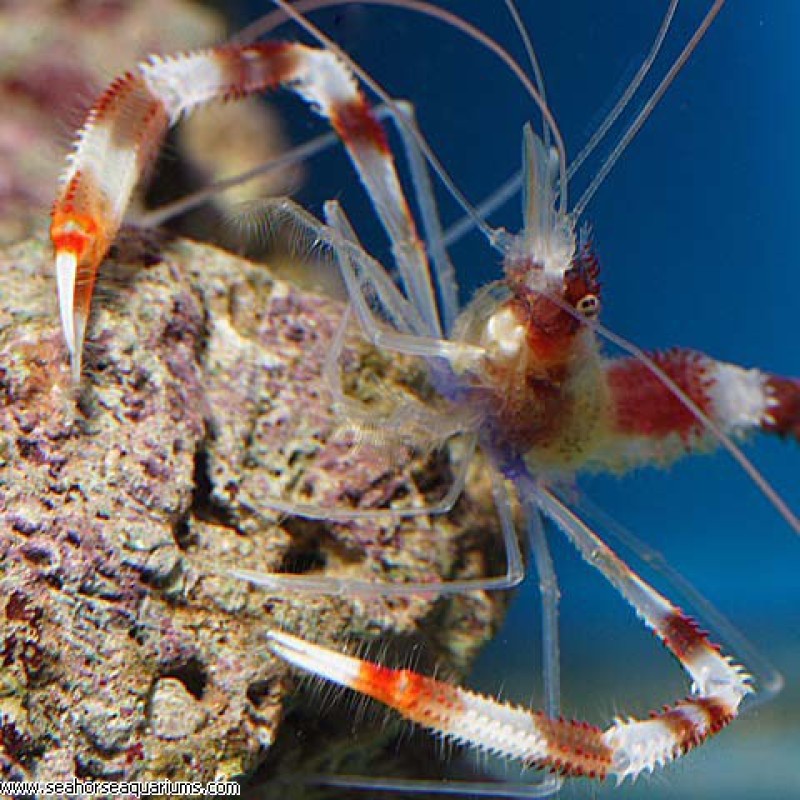 Banded Boxer Shrimp - Small
The Banded Coral Shrimp catches the eyes of most aquarists with their beautiful coloration and body shape. It has striking red and white bands across ..
€40.00
Ex Tax:€32.52
Add to Cart
Buy Now Question
Quickview 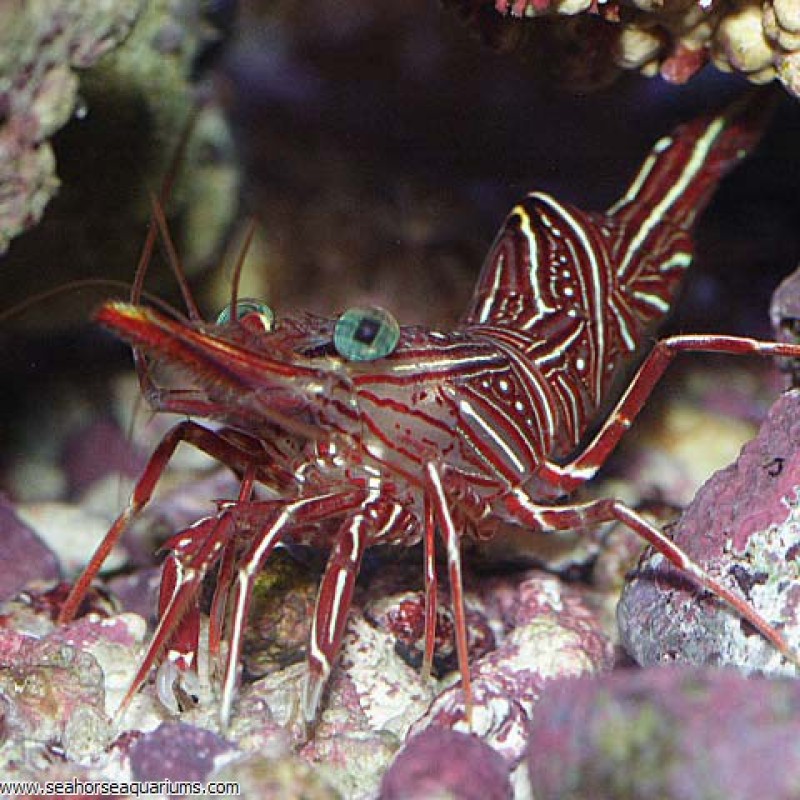 Dancing shrimp
The Camel Shrimp is also known as the Hinge-beak Shrimp, Dancing Shrimp, or Candy Shrimp. It is distinguished by a moveable rostrum (beak) that is usu..
€20.00
Ex Tax:€16.26
Add to Cart
Buy Now Question
Quickview 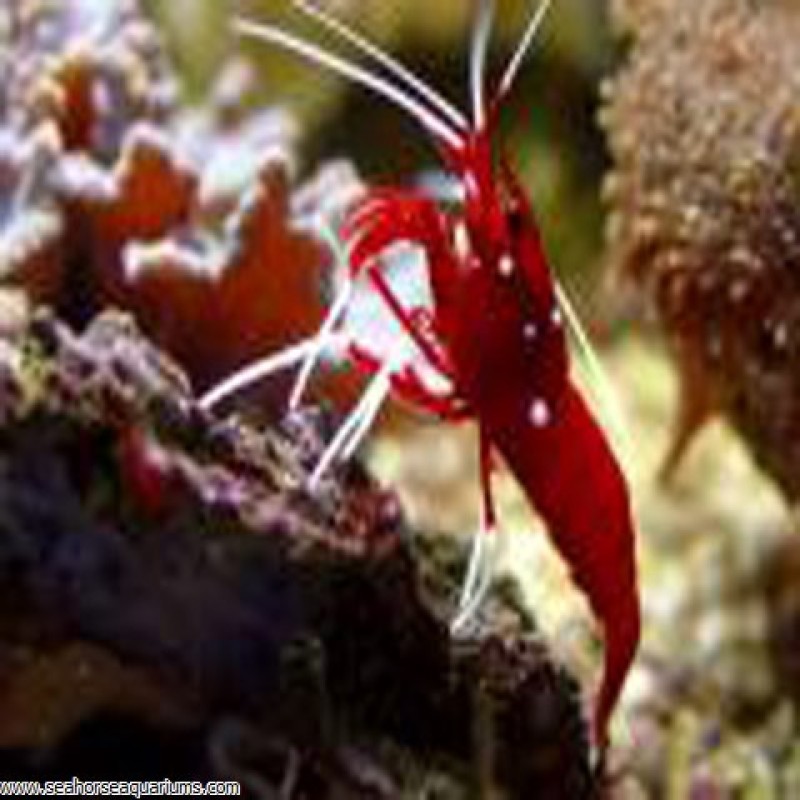 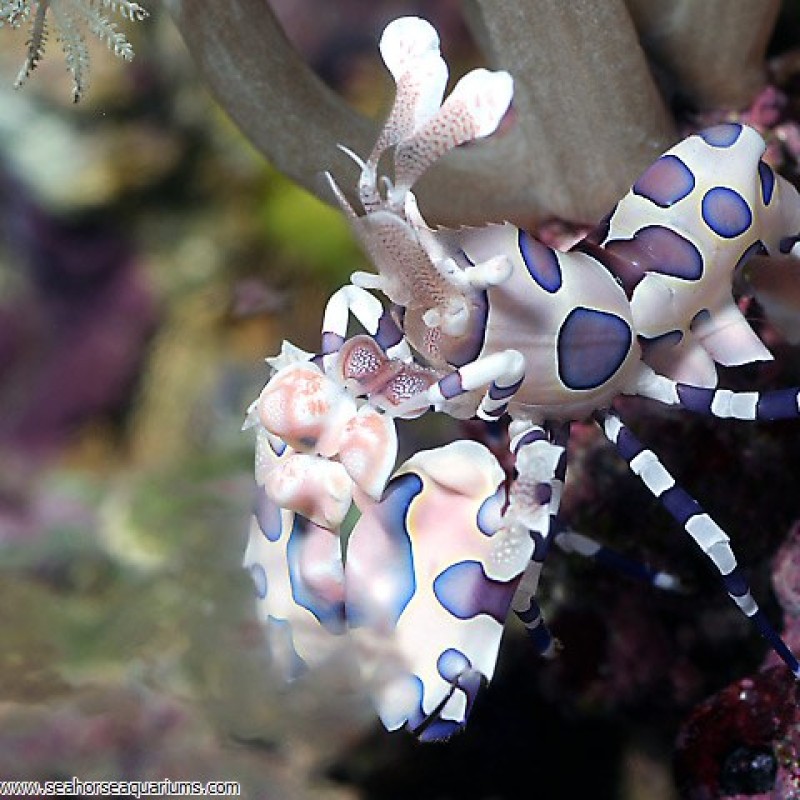 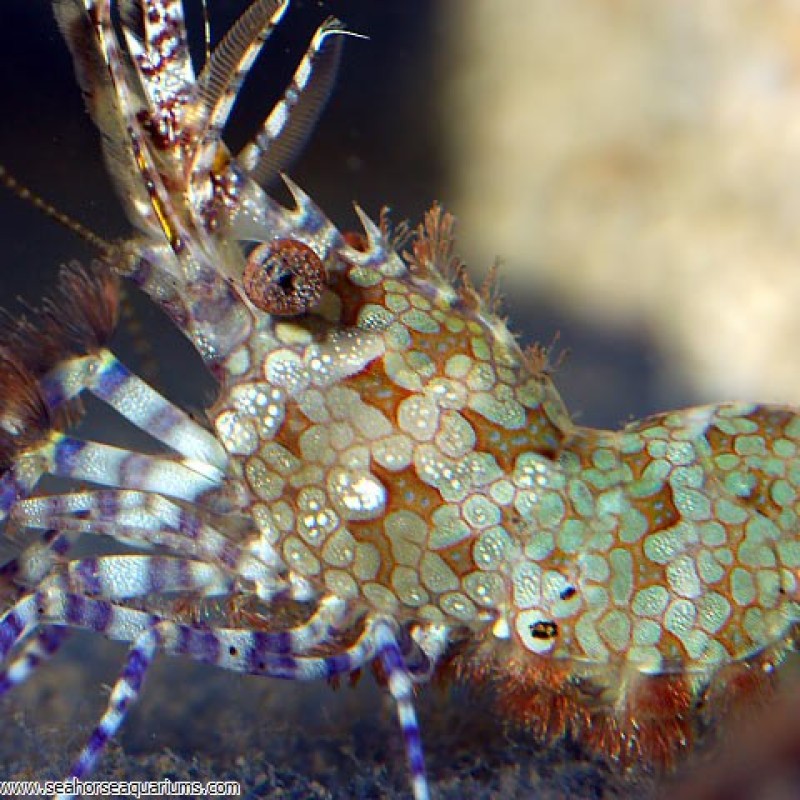 Horse Shrimp
The Saron Shrimp, also known as the Common Marble Shrimp, was first described in scientific literature in 1811. During the day it is brown with green ..
€15.00
Ex Tax:€12.20
Add to Cart
Buy Now Question