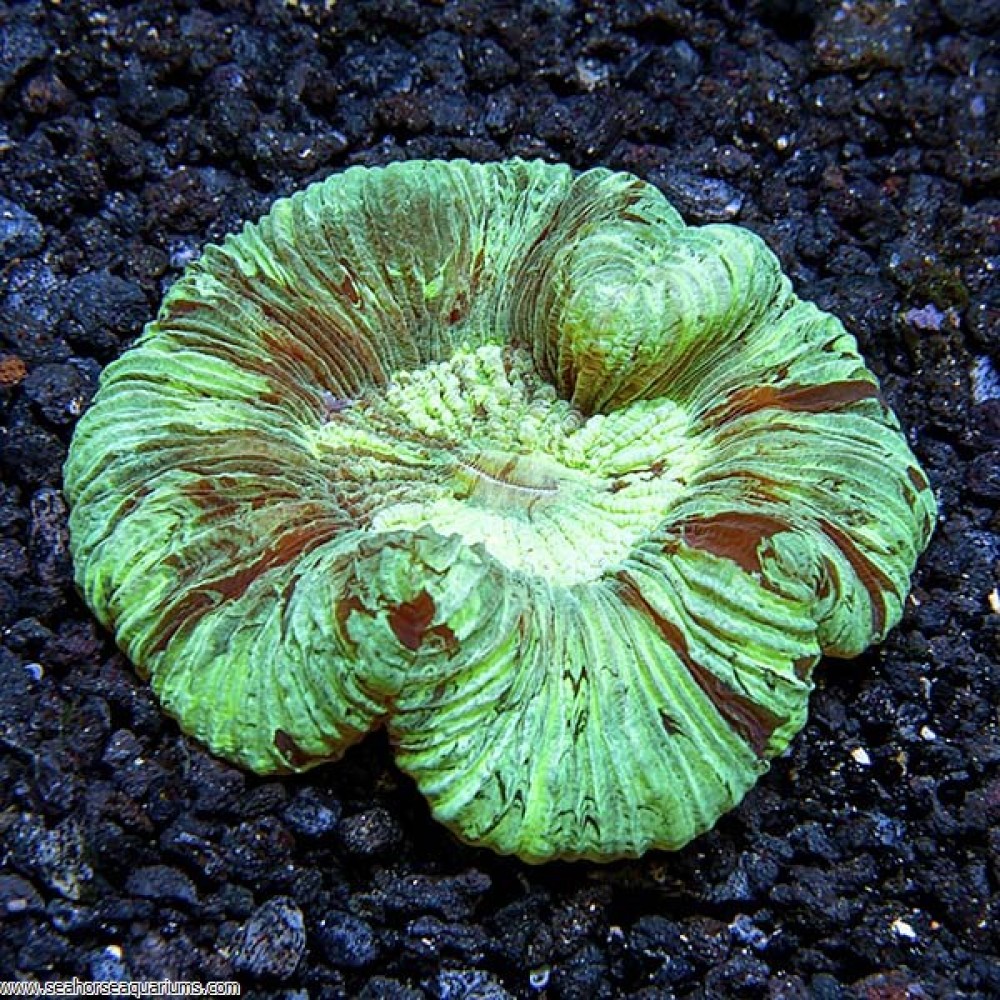 Care Level
Moderate
Color / Form
Orange, Yellow, Black
Geographic Region
Indo Pacific
Max Size
25 cm
Reef Compatible
Yes
Tank Size
050 Lt.
Temperament
Peaceful
Water Conditions
Other: PH:8.1-8.4, Sg:1.023-1.
The Wellsophyllia/Trachyphyllia Brain Coral is a Large Polyp Stony (LPS) coral, often referred to as the Pacific Rose Coral, or an Open Brain Coral. It is easily collected from the reef because when mature, they are not attached to the substrate. Therefore, it is often found washed up in the shallow water lying on the sand bed. It is found in varying shades of metallic green and can be recognized by its irregular round shape, deep valleys, and fused walls with numerous folds. These characteristics originally identified Wellsophyllia corals as separate from Trachyphyllia corals. This distinction is less commonly used now, and the Wellsophyllia Brain Coral is often referred to now as a Trachyphyllia radiata coral. It does best in a well established reef aquarium that incorporates moderate to strong lighting and a moderate water current within the aquarium, along with the addition of calcium, strontium, and other trace elements to the water. These corals prefer to be placed on a sandy substrate, with plenty of space between it and other corals, as it is sensitive to stings from its neighbors. It contains the symbiotic algae zooxanthellae from which it receives the majority of its nutrition through photosynthesis. They also benefit from occasional feedings of meaty items, like shrimp, clam and squid. They should only be offered food when the tentacles are fully expanded, which is typically during the night time hours.
1
Tags: Brain Coral , Wellsophyllia