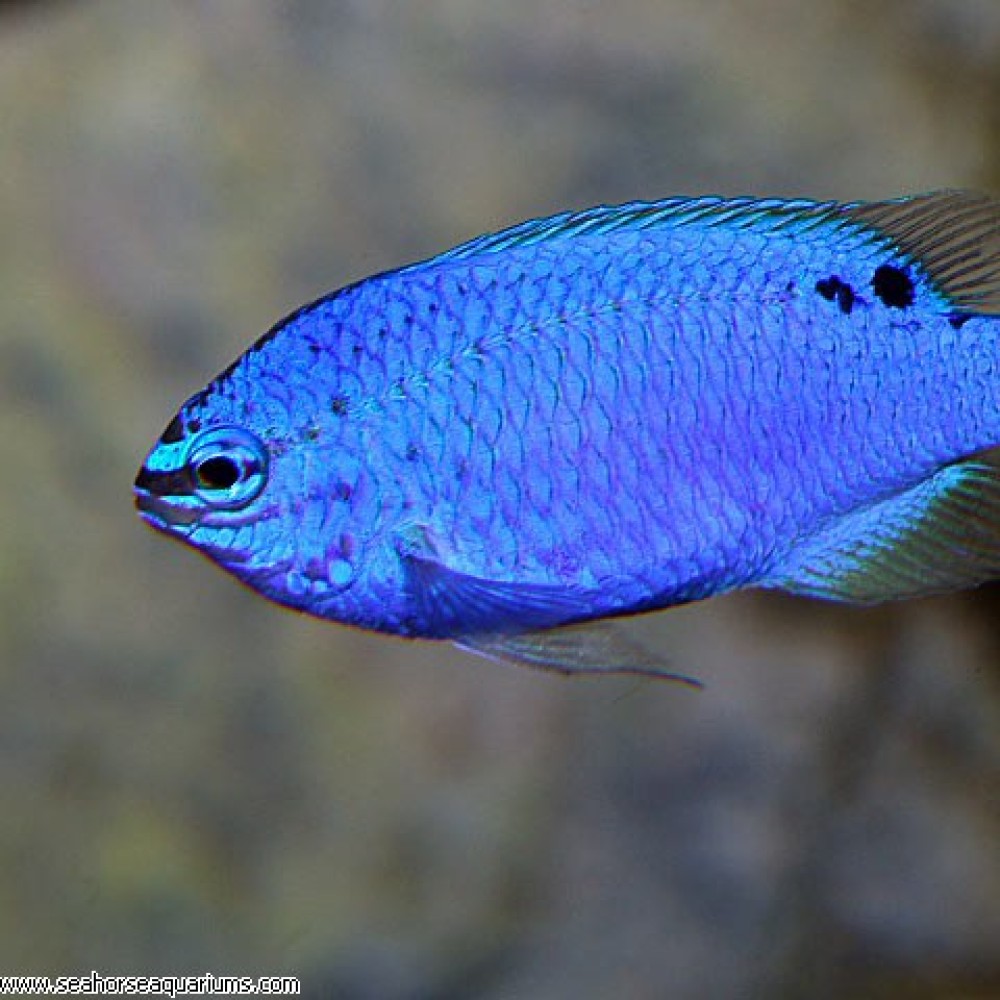 The Blue Damselfish is probably the best selling fish. Beginning hobbyists relish its hardiness and small size, while advanced aquarists praise the color and activity this member of the Pomacentridae family brings to the aquarium.

Native to reefs across the Indo-Pacific, Chrysiptera cyanea is usually busy defending a small territory. Interestingly, the Blue Damselfish has the ability to hide in a hole or crevice and darken to an almost black color. This usually happens when it is threatened. After the perceived threat is gone, the Blue Damselfish will return to its electric blue color in a matter of seconds.

The Blue Damselfish is somewhat aggressive, so its housing should be large enough to easily accommodate multiple specimens. It is a good fish for beginners and makes an ideal companion fish for saltwater aquariums of over 50 litres.

If keeping the Blue Damselfish with other damselfish, provide multiple hiding places to break up territories and decrease aggression,

The diet of the Blue Damselfish should consist of flaked and frozen foods, and herbivore preparations. 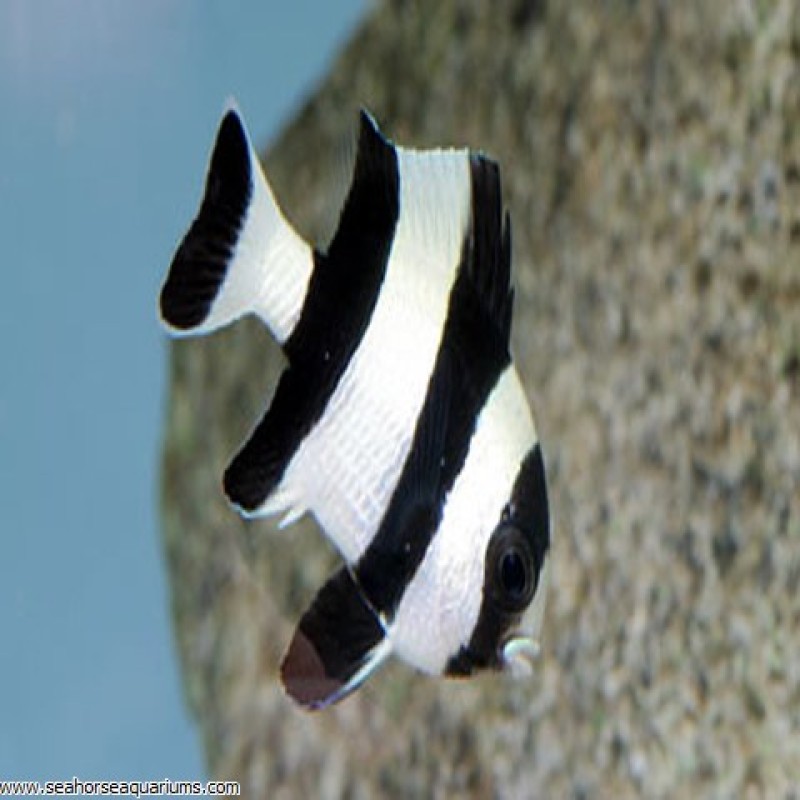 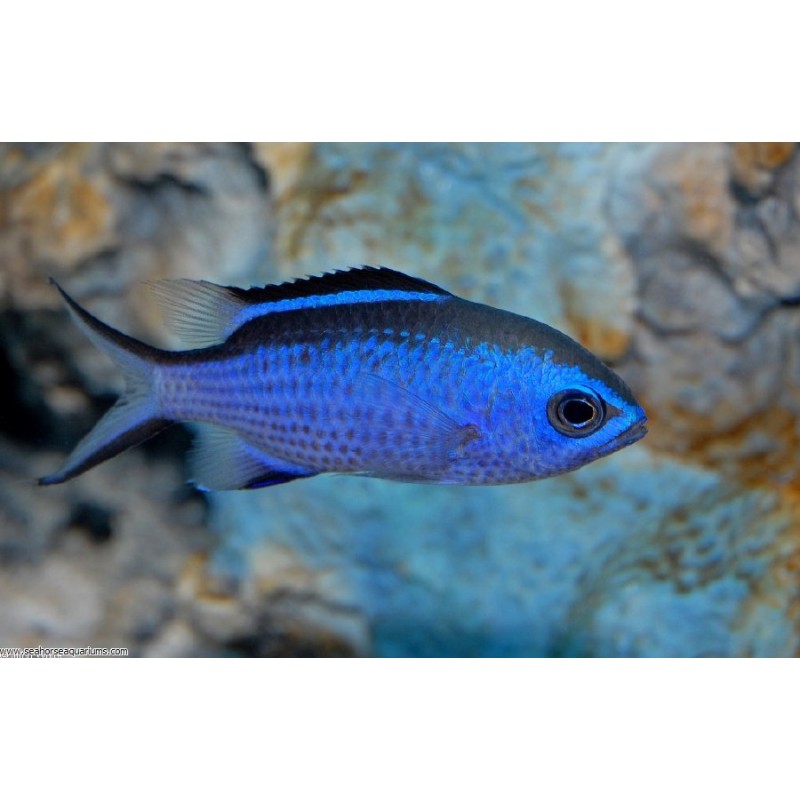 Blue Reef Chromis
The Blue Chromis is a very peaceful and active fish from the Caribbean. These fish reside in the upper part of the aquarium and will help bring out mo..
From €35.00
Ex Tax:€28.46
Add to Cart
Buy Now Question
Quickview 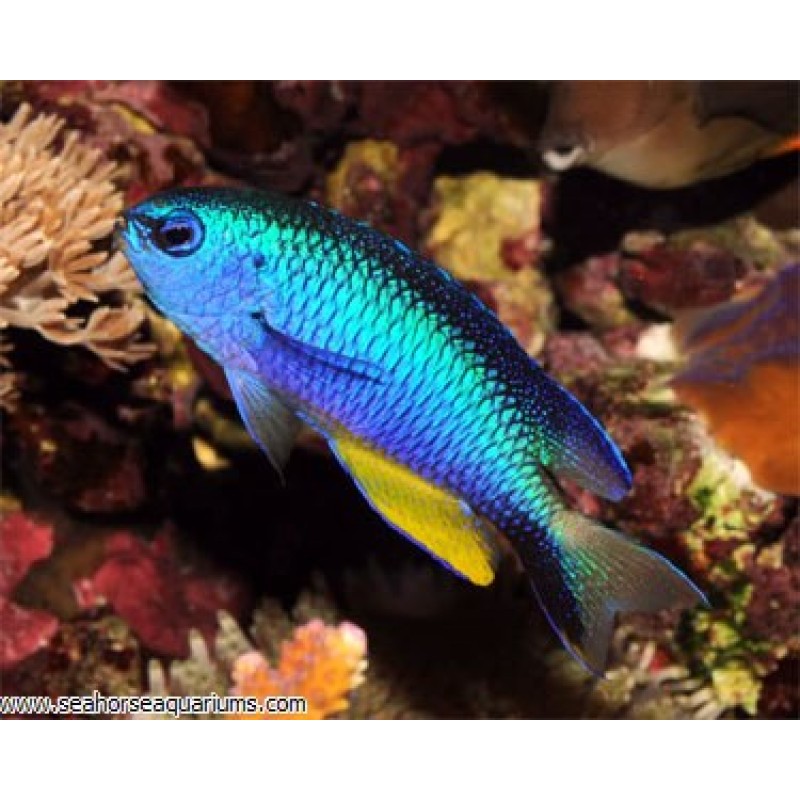 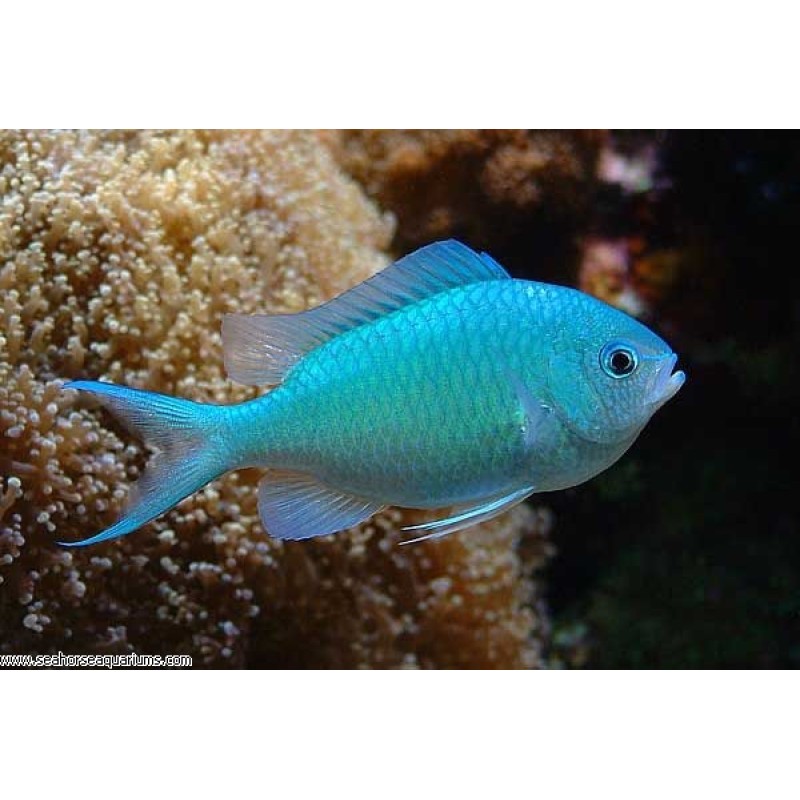 Blue-Green Chromis
The Blue Green Reef Chromis is easy to care for, beautiful, and peaceful. In fact, Chromis viridis is one of the preferred marine reef fish amongst aq..
From €15.00
Ex Tax:€12.20
Add to Cart
Buy Now Question
Quickview 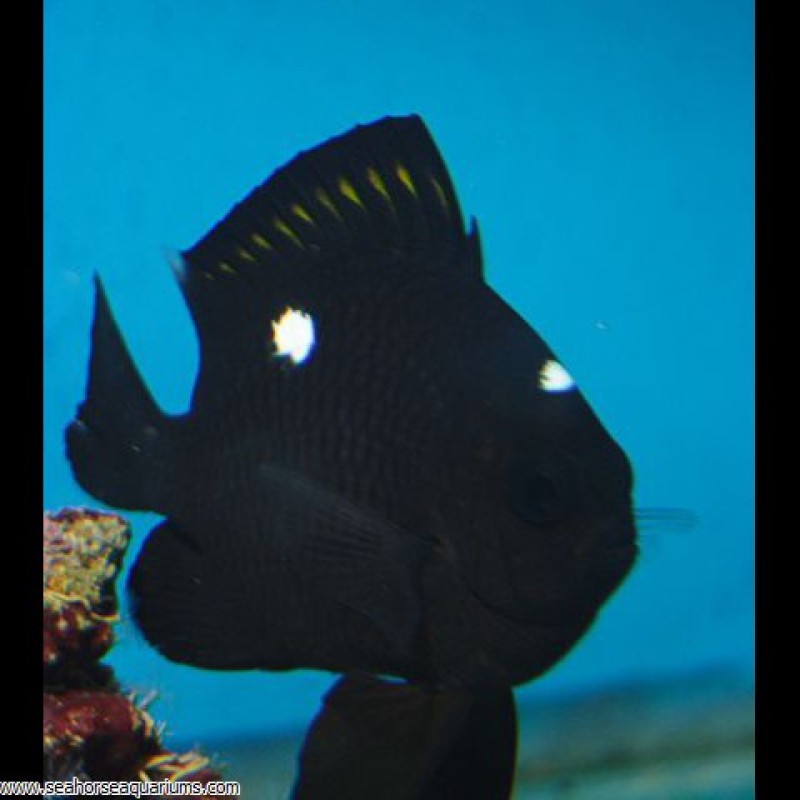