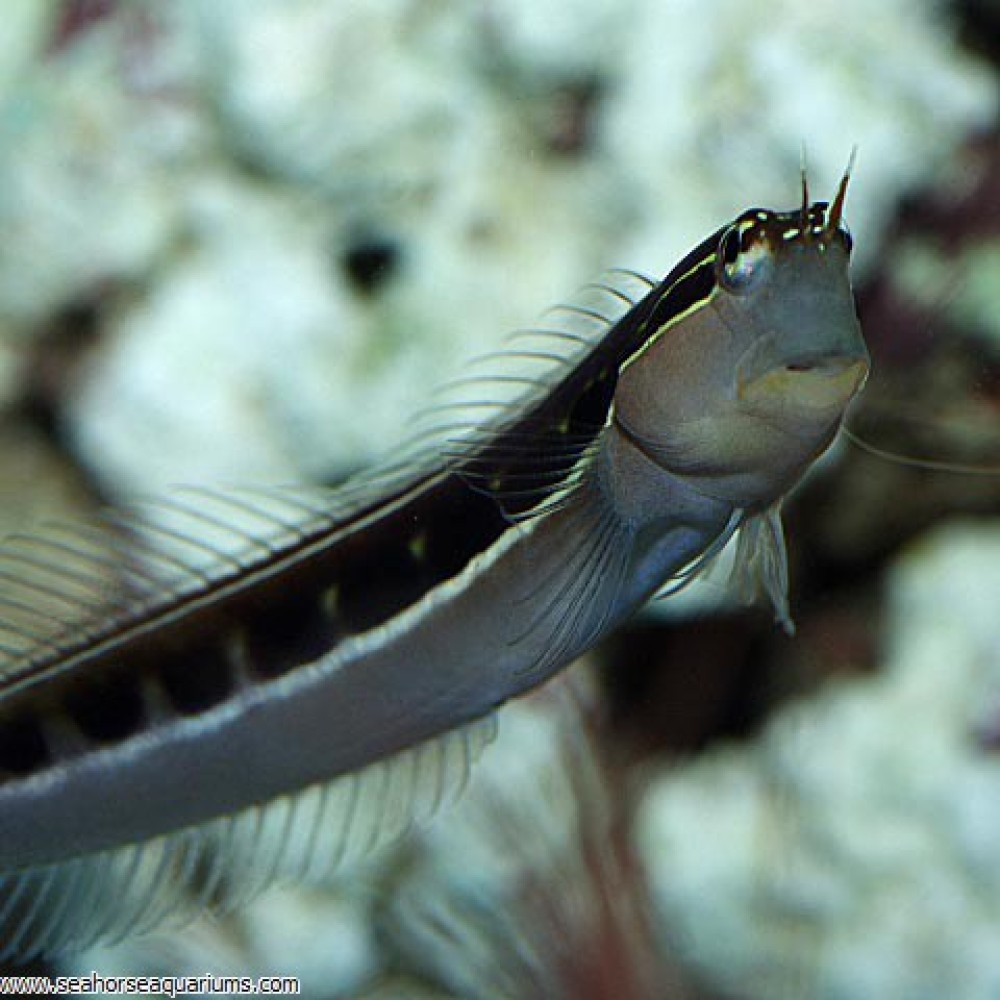 The Linear Blenny is also known as the Lined Blenny. The lower half is white and the upper half is brown to black in coloration. They are a smaller blenny. Their very large eyes and small mouth give these fish a very comical look. Linear Blennies are a great addition to any reef or peaceful fish-only aquarium, large or small.

Generally found amid crevices and rocks on the bottom of its environment, the Linear Blenny needs a tank of at least 30 litres with plenty of live rock for grazing, perching, and hiding. They should not be housed with aggressive species that may intimidate these fish into hiding.

The Linear Blenny is a perfect candidate for the reef aquarium and is considered reef safe but may nip at the polyps or bases of Acropora sp. And other SPS corals. If the SPS dominated aquarium is not heavily stocked with mature colonies these fish may damage Acropora sp. And Montipora sp. In these displays.

The diet of the Linear Blenny should include vegetable matter, including frozen and dried foods containing marine fish. 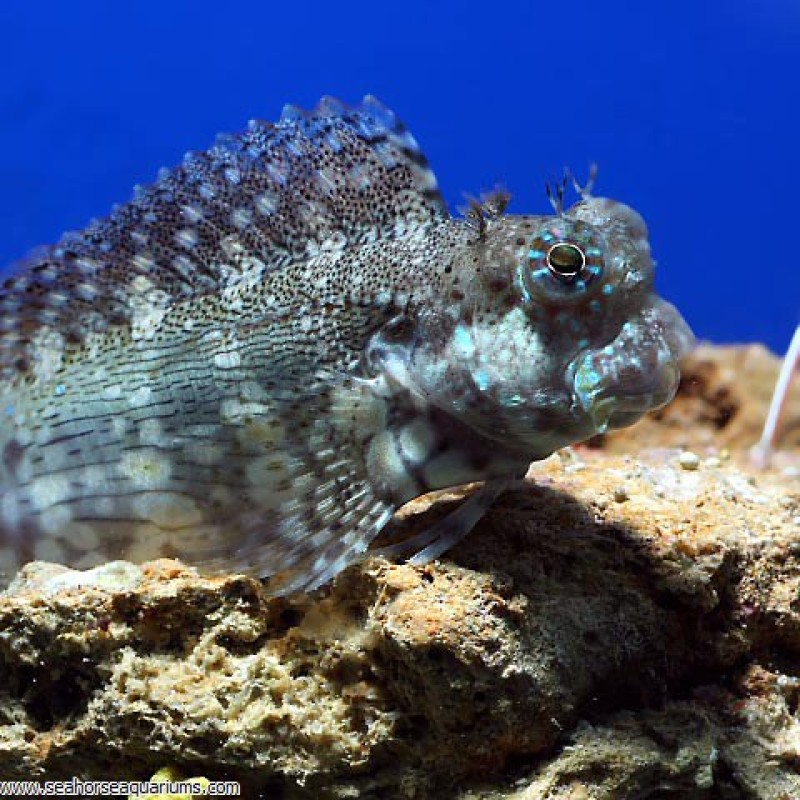 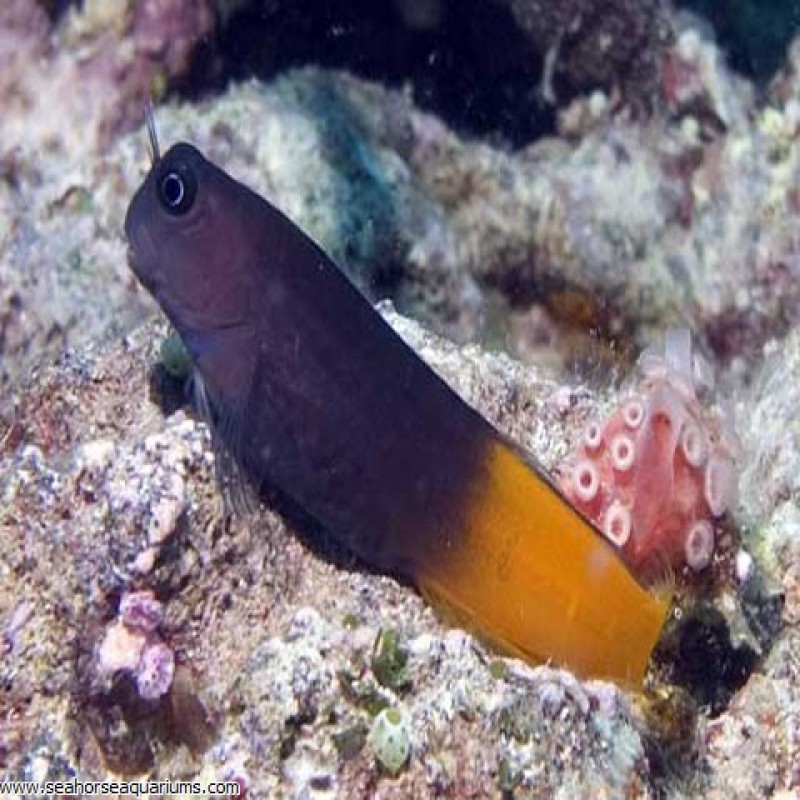 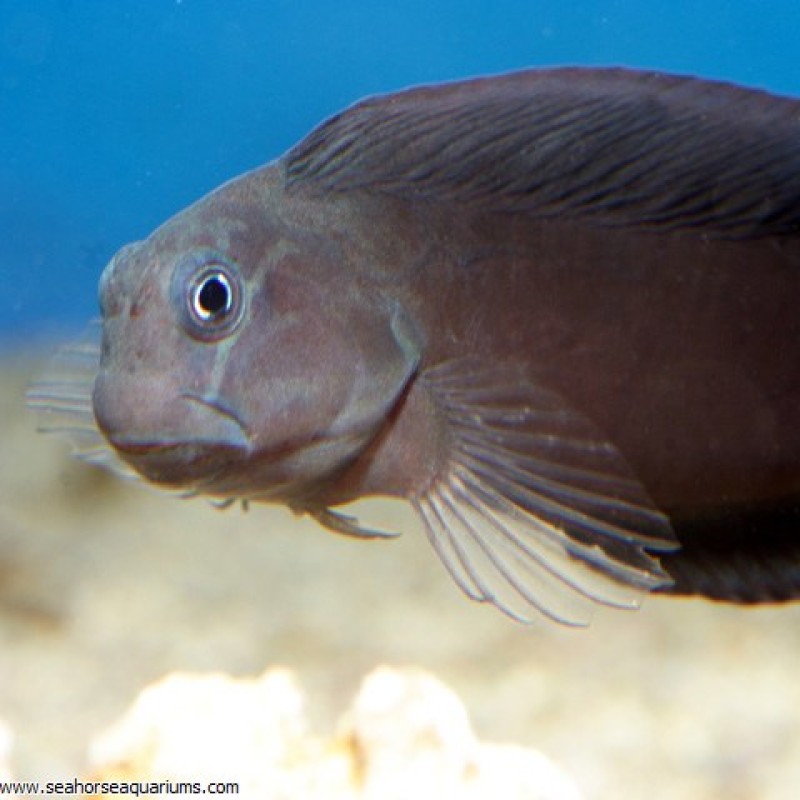 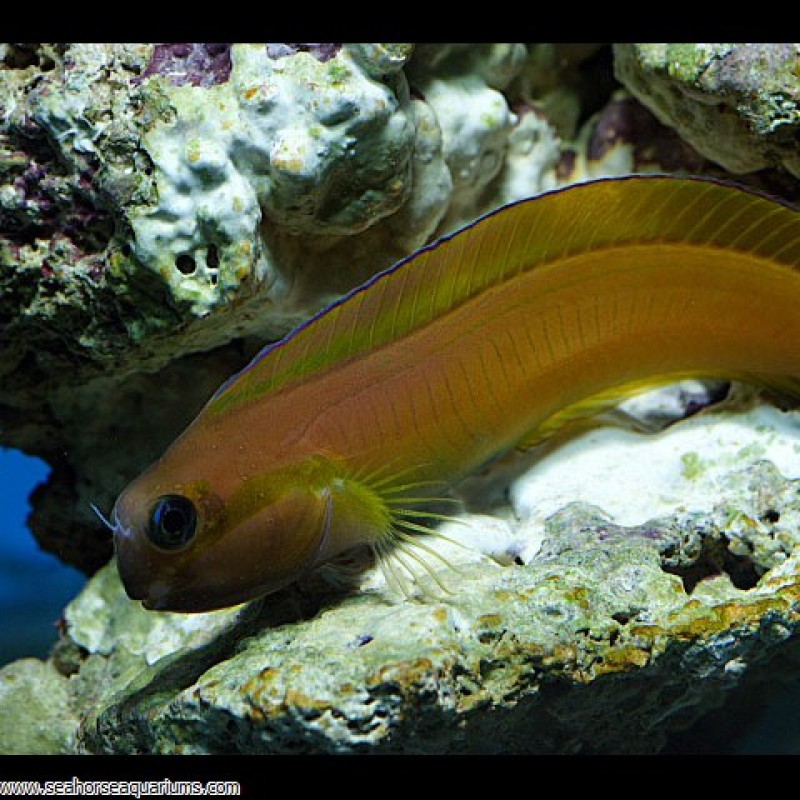 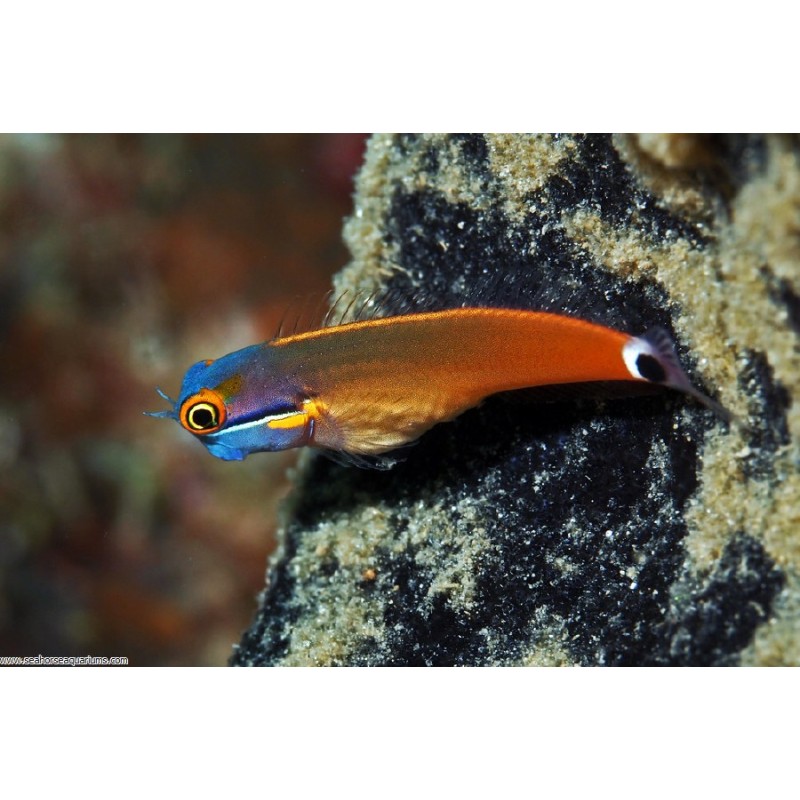