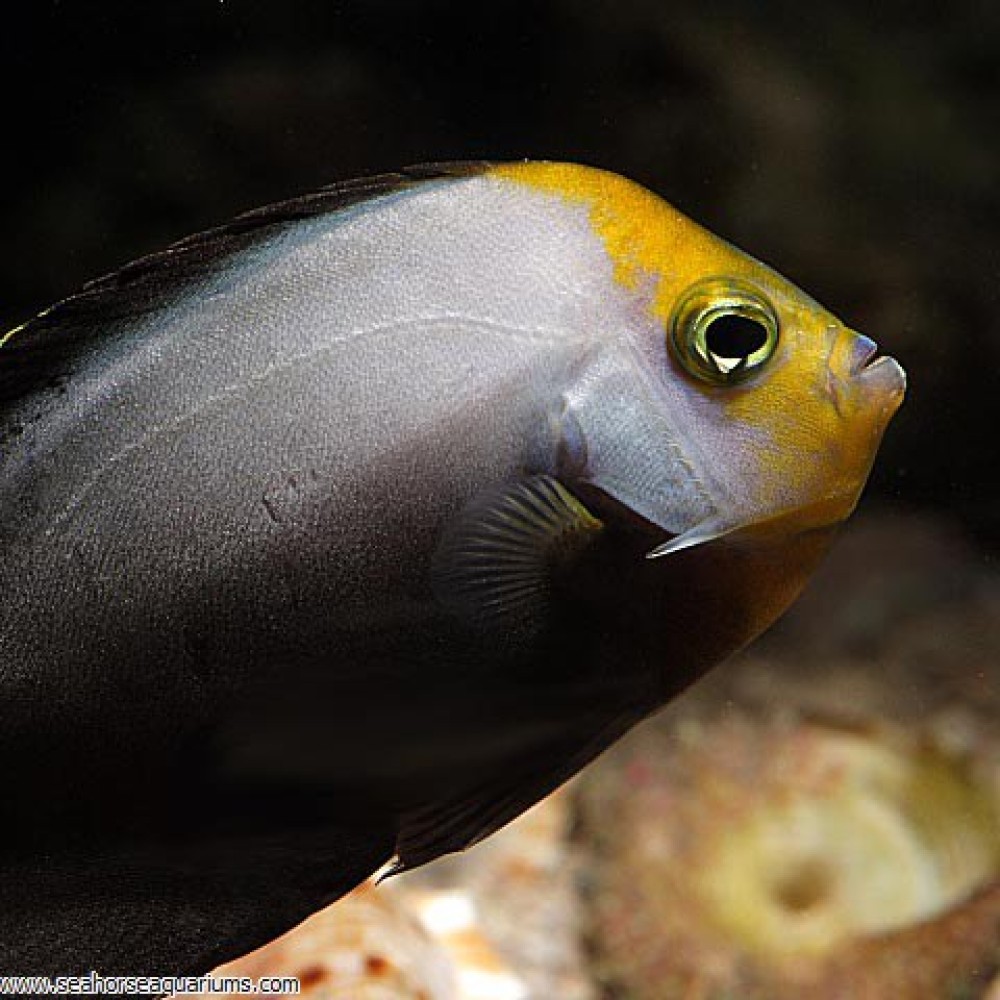 The Black Velvet Angelfish, also known as the Gray Poma, is predominantly black with a variable-sized splash of gray on the head and the horizontal upper half of the body. The tail and posterior tip of the dorsal fin is outlined in yellow.

The Black Velvet Angelfish is shy and may be difficult to acclimatize. It needs a tank of not less than 200 litres with plenty of hiding places. It is not a good reef dweller, since it nips at stony and soft corals (sessile invertebrates) and clam mantles.

It is hermaphroditic, very difficult to breed in an aquarium, and indistinguishable by coloration from male to female.

The Black Velvet Angelfish prefers a diet of Spirulina, marine algae, quality angelfish preparations, shrimp, and other meaty fare along with live rock for grazing filamentous algae and diatoms. 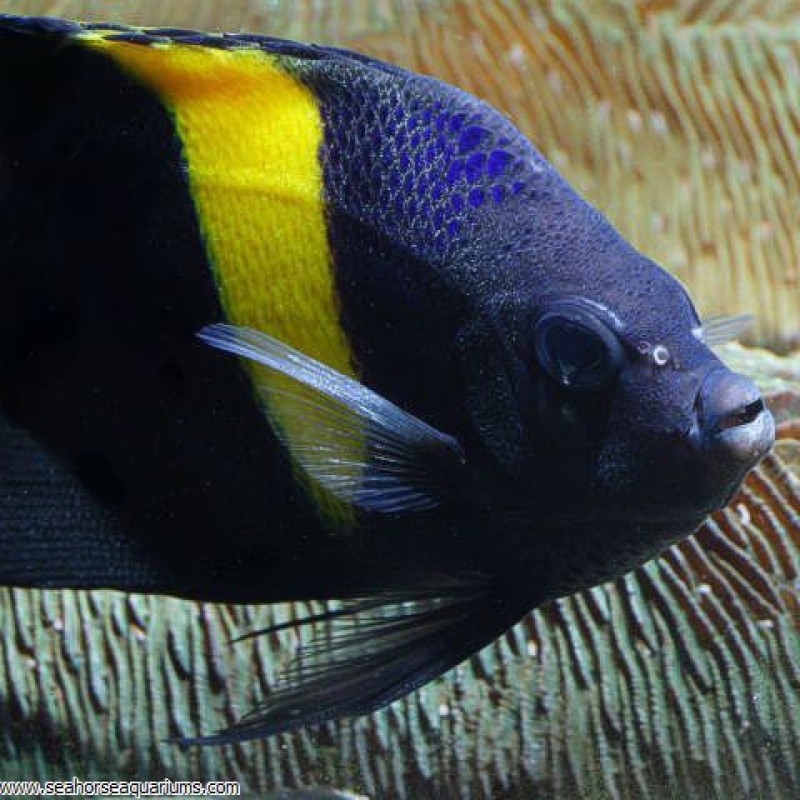 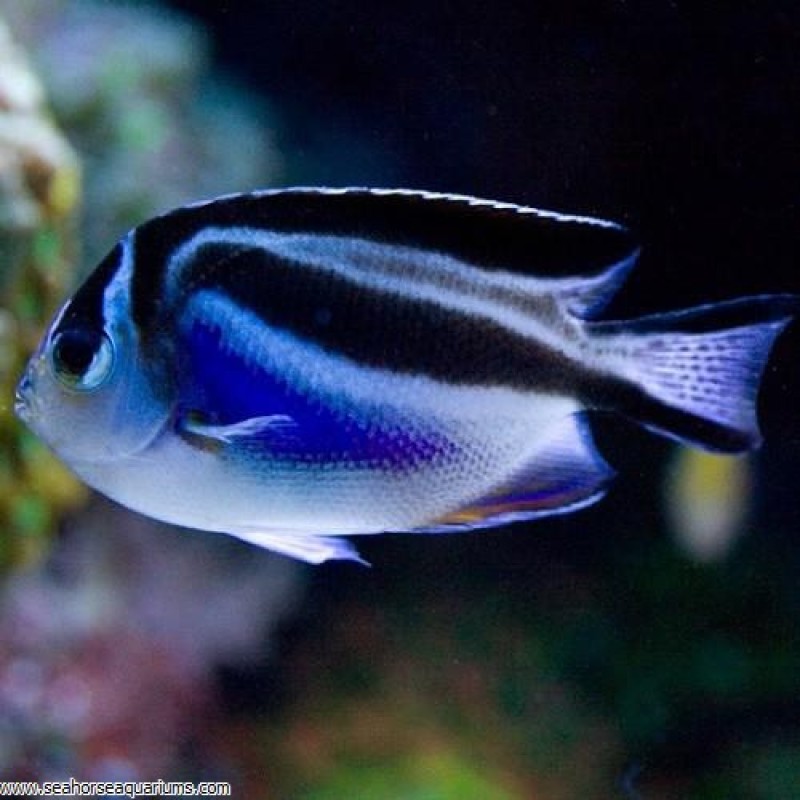 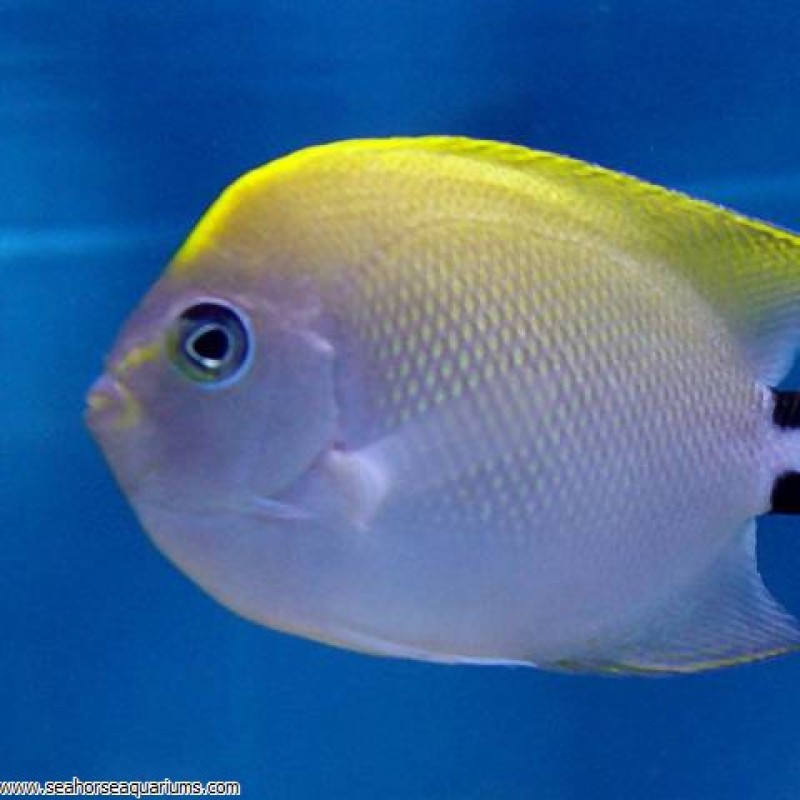 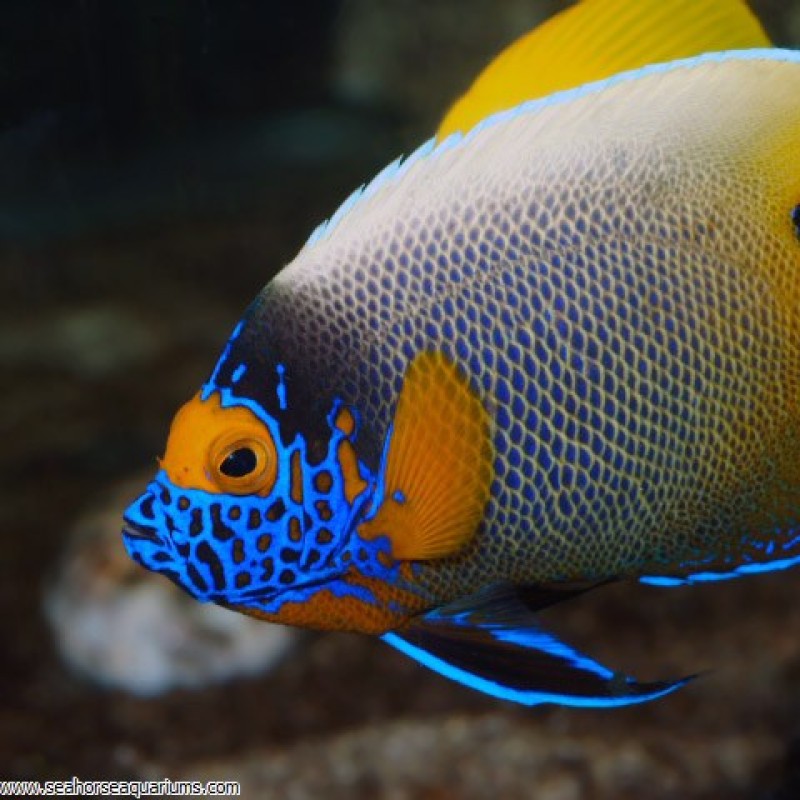 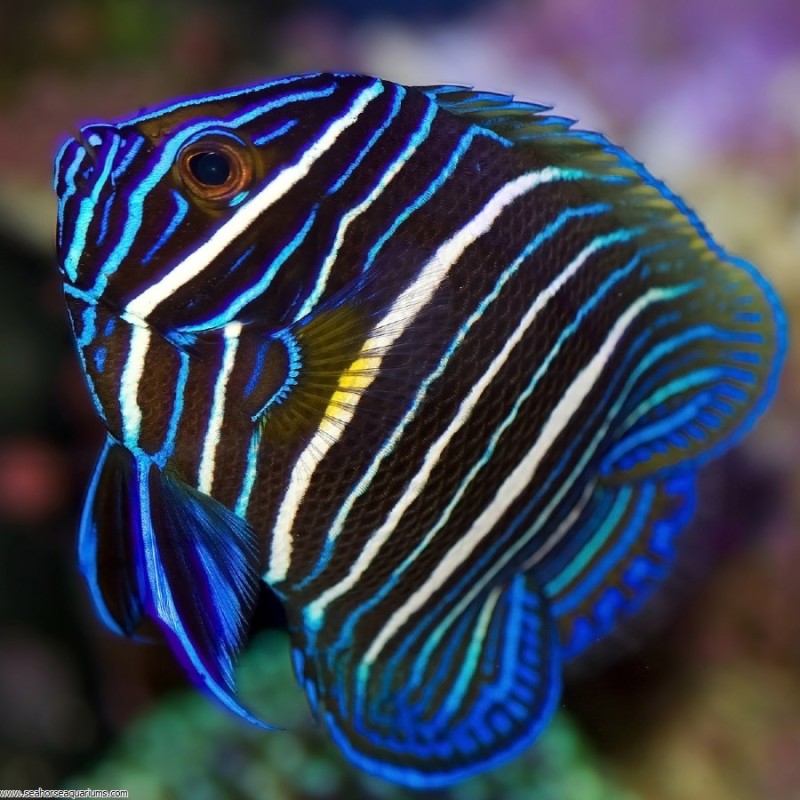